The Independent National Electoral Commission (INEC), following a court order, has withdrawn 25 Certificates of Returns from some winners at the last conducted general elections.

This was revealed by Festus Okoye, Chairman of Information and Voter Education Committee while speaking at the ‘Forum on Media Coverage of 2019 General Elections’ held in Enugu today.

Okoye lauded the coverage of the 2019 elections by the media. He also tasked the media to constantly keep the people abreast of every amendment done to the Electoral Act of the country.

He said that INEC had completed the retrieval and issuance of the 25 certificates of return on Friday, May 17, 2019.

Giving a breakdown of the certificate withdrawn, Okoye said 22 of the 25 certificates withdrawn were as a result of intra-party lawsuit.

“20 of the 25 certificates-of-return were withdrawn from All Progressive Congress (APC) members to other APC members; while two from People Democratic Party (PDP) members were withdrawn and issued to other PDP members.

“The other three were withdrawn from APC and PDP and given to other political parties.”

Commending the media, the INEC Information and Voter Education Committee Chairman said the media has become a platform for the explanation of INEC political and electoral decisions.

“The media and its practitioners to dig deep into the Electoral Act to ensure that the import of the recently amended sections is made known to the public.

“The media should also centre on the aspect of using Alternative Dispute Resolution (ADR) to resolve electoral issues especially at the party levels instead of going to the court.” 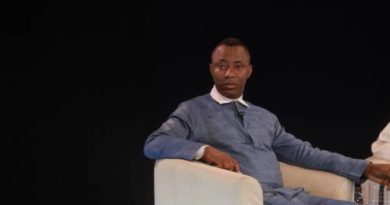 A Political Scientist, Professor Ransford Gyampo, has urged young people to resist attempts by politicians to use them as agents