Oh, YouTube. It’s full of drama, and sometimes, that drama just keeps going. When it comes to the controversy between James Charles and Tati Westbrook, there’s a lot to unpack. And with a new 40-minute video he posted on Saturday, Charles has more to say about his fallout with his former good friend and mentor. This, he says in the video, will be the last time he will address the controversy.

This video is Charles’s response to Westbrook’s 43-minute video titled “Bye, Sister.” She posted the video after Charles posted a “swipe-up” photo on his story, in which he promoted Sugar Bear Hair, which is a direct competitor of Westbrook’s brand Halo Beauty.

In his video today, Charles addressed the drama, both in full makeup and without. He mentioned that Jeffree Starr had also commented on the drama on Snapchat.

“First and foremost, I do want to issue a thank you to Jeffree and Tati for taking some of the responsibility for blowing this whole thing up and for starting everything,”he said. “I really respect that a lot, and I also appreciate the fact that they were trying to redirect the hate away, because I think we’re all aware at this point that it has gotten way too far. The past week on the Internet has been the darkest that I think we’ve all ever seen, and it’s also been the darkest time I’ve ever had to go through in my life, and my thoughts got to a really scary place.”

Charles added that he thinks Westbrook has also gone through a hard time in the recent days, and he gives her credit for having a “huge, huge heart.”

During all this drama, Westbrook and Charles have seen a huge shift in their social media followers, for better and for worse. Charles lost 3 million followers, while Westbrook gained 4 million.

“This whole situation is a lot bigger than just vitamins,” Charles said, before breaking down what he said was the “full situation.” He mentioned that at Coachella weekend two, he felt unsafe in the crowd. He texted his friend, Niketa Dragun, who had an in with Sugar Bear Hair, and the company took care of him and his friends backstage.

He said that, despite what Westbrook said, the relationship with Sugar Bear happened quickly and was not a pre-planned scheme. There’s a lot more going on here, but take a look at the full video below. 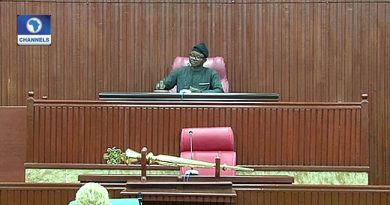