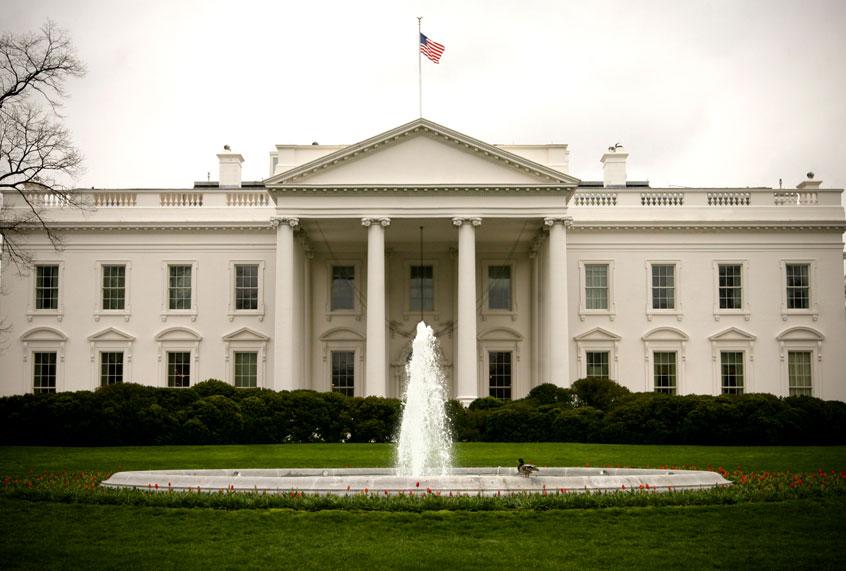 It takes a lot of digging these days to uncover good news. We are therefore encouraged to report that while President Trump’s daily rewriting of the script of American politics has kept him securely tied to the most loyal part of his base—conservative evangelicals—one ultimate result of his effort may very well be what neither party in this odd marriage wants, namely, the demolition of the conventional wisdom that running for high office carries not only the necessity of religious faith but also a semblance of adherence to it.

In a saner political climate Trump would have loomed in the minds of evangelicals as the Antichrist. He doesn’t go to church. He doesn’t pretend to read the Bible and bows his head only to attack a stack of buttered pancakes. His personal life reads like a zany parody of a Christian moral life. He cares not a fig about God or of any entity purported to be greater than himself. If the Pearly Gates happen to exist, he will muscle his way through them without any need to say “I have sinned,” or more meekly “I’m sorry.”

But our political climate is not sane. Evangelical leaders have veered away from their vigorous prior efforts to celebrate Trump as an ideal Christian but not from their belief that Trump is God’s anointed champion. While no religious armor girds their hero, they cling to him because he pushes a secular iteration of the message they have repeated for years—America has lost its way. Like Cyrus the Great of Persia, lauded by the Hebrew prophet Ezra, Trump is God’s instrument of deliverance at a desperate moment when righteous people are trapped in a modern and iniquitous Babylon.

Except no one outside the evangelical community believes that. To be sure, Trump often throws out crumbs to assure his evangelical disciples that he counts himself as a stalwart member of “a nation of true believers” that he heralded in a 2017 commencement speech at Jerry Falwell’s Liberty University. Yet everything this touted deliverer does confirms that he would have been very much at home in Babylon, the ancient and fabled city of debauchery.

The fact that genetics endowed Donald Trump with not a single religious bone in his body is actually very good news for millennials with political ambitions. Their numbers are particularly high among American “nones,” voters with no religion affiliation or interest in religion. They no longer need to see their road to the White House, or to 50 state houses, or to just about any elected office, blocked by pollsters who consistently have warned that close to a majority of voters in both political parties would not support a candidate, however otherwise well qualified, who does not believe in god.

Let’s understand how profoundly in America political history has been the axiom that our presidents act it they believed in a deity who blesses the United States. It’s instructive to remember the career of Robert Ingersoll, a forgotten man but perhaps the most famous victim in the nineteenth century of God-Squad politics. As a young veteran of the Civil War, Ingersoll emerged in the opinion of important Republican leaders as an unbelievably attractive man to groom for high office. Ingersoll made great political speeches that tilted toward conservatism. He was ardently patriotic, made friends easily, and loved his wife and daughters. When he died editoris in every major national newspaper declared that he could have been a serious candidate for the president—except for the fact, a grave disappointment for those Republican leaders, that he insisted on embracing the label agnostic coined by the English naturalist Thomas Henry Huxley. Donald Trump will never make that mistake.

Ingersoll had to settle for a more ephemeral fame than capturing the White House. He traveled across the country giving lectures that paid tribute to Thomas Paine, a patriot who fell from grace because of his mockery of revealed religion. Ingersoll’s oratory, like Paine’s words in “The Age of Reason,” made fun of the Bible as a cesspool poisoning the minds of children and of ministers who proclaimed it the word of God. Ordinary Americans loved controversy and filled the large auditoriums where he spoke. Without question he was the most famous public lecturer of his day, and he became a personal hero to many prominent non-believing Americans, including Elizabeth Cady Stanton, Andrew Carnegie, Luther Burbank, and Thomas Edison. Alas, they never had a chance to vote for him.

The wall of public opinion that has separated non-believers from a field of viable political candidates who go to church seemed impregnable in the Cold War era and beyond, even though the very religious presidents Jimmy Carter and Barack Obama got little traction on that account from white evangelicals. Nor will it help Stacey Abrams and Pete Buttigieg, both of whom view their strong Christian faith as promoting compassionate concern for poor and powerless people. Evangelicals preferred the only dimly religious Ronald Reagan and now with an unrivaled leap of faith, Donald Trump, the avatar of a pagan Persian king.

Improbable, yes. But secularists should rise and shout Hallelujah that Donald Trump has made non-religion fashionable. Future officeholders won’t have to seek out a family Bible on which to swear their oath of office or to add to that oath the not-in-the Constitution phrase “so help me God.” They can run as Cyrus whose only strong passion was conquest, and not appeal to Moses whose leadership, let’s face it, was hampered by the need to uphold ten restrictive commandments

Does the irony of any of this need underlining? Appropriately it was the American theologian Reinhold Niebuhr who in his 1952 book “The Irony of American History” traced the myriad ways in which noble intentions go astray to spawn exactly contrary results. In this case, a crusade of Christian leaders to keep the United States under their God has opened the political floodgate to non-believers. Secularists without lifting a finger witness the transformation of the American electorate that has come at long last to agree with the deeply religious Puritan Roger Williams who proclaimed that a non-believer can steer the ship of state as well as any Christian.

Once President Trump has passed from the scene, the tortured maneuvers of evangelicals to “get right” with Trump rather than with Jesus will wither into hypocrisy. Their numbers are already eclipsed by the rapidly growing category of American “nones” who have no sense that their non-belief is odd or unpopular. A lot of Bible verses cover this change. We’ll go with Corinthians II. “Old things are passed away: behold all things are become new.” God bless Donald Trump (irony intended)

The coronavirus is causing Trump’s supporters to abandon him

I grew up in the city, not hiking or camping. As an adult, I want my family to enjoy nature’s beauty

Asantehene Otumfuo Osei Tutu II has turned 70 today, Wednesday, 6 May 2020. The overlord of Asante has been the