Senator Ademola Adeleke, the candidate of the Peoples Democratic  Party(PDP) in the September 2018 gubernatorial election in Osun state, has taken his case to the Supreme Court to seek an invalidation of the ruling of the  Court of Appeal  that declared Gboyega Oyetola, candidate of the All Progressives Congress(APC), as the winner of the poll.

His suit comes after the Appeal Court had on May 9, 2019, set aside the judgement of the Governorship Election Tribunal which nullified the victory of Governor Gboyega Oyetola because of its ‘faulty composition’.

Earlier, the Osun state Election Petition Tribunal had ruled that Senator Adeleke was the rightful winner of the 2018 governorship election, having satisfied the constitutional requirements of majority votes and spread across local government of the state

The tribunal also nullified the rerun election of September 27, 2018.

However, the Appeal Court overturned the ruling and set aside the decision of the tribunal and reinstated Gboyega Oyetola as the winner of the election.

The Senator representing Osun- west senatorial district, not satisfied with the ruling of the court of appeal, has filed a notice of appeal at the apex court to reclaim his ‘purported’ mandate.

This will be the last lap in what has turned out to be a legal marathon between him and Oyetola as the Supreme court has the definitive verdict.

A statement  detailing Adeleke’s prayers in the suit released by Niyi Owolade, Legal Director, Adeleke Campaign Organisation, the Senator wants the Supreme court to set aside the ruling of the appeal court and uphold that of the election tribunal.

The statement said six Senior Advocates of Nigeria, led by Dr Onyeachi Ikpeazu, as well as, 17 other senior lawyers, filed four appeals against each of the four majority judgements of the Appeal Court.

Other senior lawyers in the team are Niyi Owolade, L.N.Iheanacho, Edmund Biriomoni, Wole Jimi-Bada and 13 others.

The statement reads, “The appeals were against majority judgement in favour of Gboyega Oyetola, All Progressives Congress, the Independent National Electoral Commission and the striking out of the cross appeals of Senator Adeleke.

“The first Appeal was against the majority lead judgement delivered by Justice J.H.Sankey, it is premised on 13 grounds. Senator Adeleke is seeking the following reliefs from the Supreme court; To allow the appeal, set aside the judgement of the Appeal Court delivered in favour of Oyetola, and dismiss Oyetola’s appeal against the decision of the Tribunal.

“The second appeal is against the judgement delivered in favour of the APC, is premised on 31 grounds of appeal. Senator Adeleke listed particulars of errors committed by the Appeal Court and sought the following reliefs from the Supreme Court: To allow this appeal, set aside the decision of the Appeal Court and dismiss the appeal of the respondent against the judgement of the tribunal.

“The third judgement appealed against was the ruling in favour of INEC, it is based on 17 grounds Senator Adeleke listed particulars of errors committed by the judges of Appeal Court and sought the following: An order of the Supreme Court allowing his appeal,
an order of Supreme Court setting aside judgement of Court of Appeal and restoring the judgement of tribunal delivered on the 22nd of March.

The fourth judgement appealed against was that against the cross appeal based on 13 grounds.

While listing particulars of errors committed by the Appeal Court, Senator Adeleke seeks the following reliefs from the Supreme Court namely; an order allowing this appeal and setting aside decision of lower court which dismissed the appeal; an order granting reliefs sought in appellate case in the cross appeal, an order restoring the paragraphs struck out from appellate replies to the 2 and 3 respondents replies; a declaration that the appellant won the election in issue by a wider margin than what was found by the lower tribunal in view of the substantial non compliance with the electoral act 2010 as amended; and a declaration that the rerun of 27th was null and void and of no effect as the appellant had already won the election in issue upon conclusion of the 22nd September election. 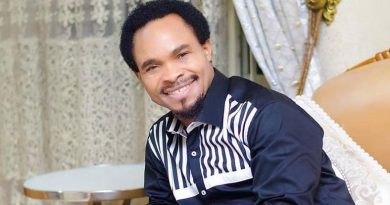