LONDON, May 17 (Reuters) – Outages in the North Sea, issues with Russian pipelines and reduced exports from some Mediterranean exporting countries have combined to make West African grades more attractive to European customers, traders said on Friday.

* North Sea Forties crude differentials rose on Thursday to the highest level since early 2016, as an outage to the relatively small Flotta stream has added to supply curbs affecting Ekofisk and Statfjord.

* These reduced exports, along with supply issues related to Russian pipeline contamination issues and a slight drop in Mediterranean output, has raised European appetite for West African crude.

* Three Suezmaxes were recently scheduled to bring West African crude, likely Nigerian, to the UK for late May and early June loading.

* Saudi Arabia will provide India’s IOC with an extra 2 million barrels of crude a month from July to December to compensate for tightened U.S. sanctions, as traders have noted no sharp uptick in buying of Nigerian to compensate the loss.

* The prices still fall far short of offerings which have neared all-time highs, with one seller offering Qua Iboe at a premium of $2.70 to date Brent.

* Asian demand may be weighed down by a widening of the Brent-Dubai spread DUB-EFS-1M as well as steep backwardation.

* Those factors were seen to be significantly deflating Chinese demand for Angolan crude, though traders expected that market to largely meet expected high price offerings.

* China has issued a second batch of refined fuel export quotas for 2019 that is 30 percent higher than the first batch, two trading sources briefed on the matter said on Friday. (Reporting by Noah Browning; Editing by Mark Potter) )) 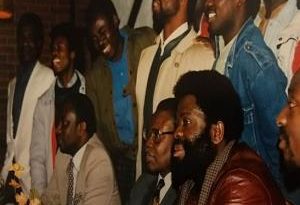