He was elected at a meeting of Nothern governors which was held in Kaduna on Friday.

Lalong’s association with the caucus in the past has caused rancor especially among some Plateau indigenes who feel his presence in the bloc is baseless.

The position was  previously held by Kashim Shettima, governor of Borno State. 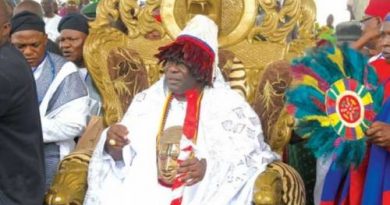 Miyetti Allah offers to end all hostilities with Benue farmers

President Nana Akufo-Addo left Ghana Sunday for a visit to neighbouring Cote d’Ivoire. A statement from the Jubilee House and

Trial of Sowore, others adjourned to May 7 as ‘babalawo’ storms court in solidarity

Black Women Are in the Midst of a Burnout Epidemic