LONDON, May 16 (Reuters) – Angola’s preliminary loading programme for July emerged on Thursday, indicating a rise of one cargo compared to June, for which a few cargoes still remain. High price offers are expected, given global tightness in physical markets and a broad gap in heavier grades.

* July exports are set to be 44 cargoes, a recovery to just below normal levels after maintenance on two key streams pushed June’s preliminary programme to near 10-year lows, although they rebounded to 43 cargoes in the final programme.

* Term allocations are set to emerge early next week.

* 2-3 Angolan cargoes remain for June loading, after key buyer China finished its purchases early for the month and European customers have been reluctant to meet high prices.

* Asian demand may be weighed down by a widening of the Brent-Dubai spread DUB-EFS-1M to $3.10 — the highest since October — as well as steep backwardation, with the front-month Brent futures spread closing at nearly 90 cents on Wednesday. LCOc1-LCOc2.

* Most traders believe China has few alternatives for Angola’s heavier oil grades, which are scarce in the global market because of U.S. sanctions on Iran and Venezuela.

* A slightly larger-than-normal overhang of around 20 cargoes remain for June loading, with July programmes expected sometime next week.

* The U.S. Energy Information Administration (EIA) said on Wednesday that U.S. imports from Nigeria fell by 351,000 bpd in the week to May 10, to 95,000 bpd, while imports from Iraq, Kuwait, Saudi Arabia, Brazil and Colombia rose.

* European demand for Nigerian crude is seen to be especially high given reduced exports of competing grades from Kazakhstan and Azerbaijan, though purchases of such varieties closer to home proceed on a different timescale than for West African oil.

* But higher exports of U.S. oil are predicted to somewhat dampen European demand for Nigerian crude in the near future.

* Energy majors were heard to be ratcheting up offers for West African grades, with Nigerian Qua Iboe being offered at an all-time high of $2.70, but buyers said prices were too high.

* Asian shippers and refiners have put ships heading to the Middle East on alert and are expecting a possible rise in marine insurance premiums after recent attacks on Saudi oil tankers and pipeline facilities, industry sources said.

* U.S. crude oil stockpiles rose unexpectedly last week, climbing to their highest since 2017 amid a release from the national emergency reserve, while gasoline inventories decreased more than forecast, the Energy Information Administration said on Wednesday. (Reporting by Noah Browning; Editing by Kirsten Donovan) )) 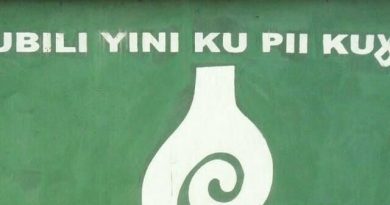