The bill moving through the state legislature allows for no exceptions for rape or incest; under it, an abortion can only be performed when a pregnant person’s life is “at risk”—as if forcing a woman to take on the physical, emotional, and financial toll of having a child against her will isn’t also a way of putting her at risk. As Vox reports, under this law, the doctors who perform abortions could face up to 99 years of prison time—the same doctors who took an oath to treat patients to the best of their ability.

The bill must now go the state’s Republican governor Kay Ivey who will decide if she will choose to sign what could be the most restrictive abortion law in the nation. But this bill, even in its extremity and cruelty, is not unique in its goals. Lawmakers are using bills like this one—and like the ones in Georgia and Ohio and Iowa and Tennessee—to weaken the foundations of Roe v. Wade. Now that the Supreme Court has a conservative majority with the appointment of Brett Kavanaugh, legislators hope that their state bills will trigger cases that will reach the highest court in the land and get the Court to re-look at Roe.

The news hurts. The reactions are visceral. I’ve read on Twitter about women who cried after the Alabama bill passed the state legislature; one friend emailed me to say she was eating junk food at 11 A.M. out of self care. But this outrage won’t be enough to effect change unless men start to speak up, too.

As Padma Lakshmi pointed out in her Twitter thread, about one in four women in the United States will have an abortion by the time she’s 45. If you’re a man, someone you know has had one, whether they have told you or not. And if they haven’t, it’s also worth considering how you might have contributed to a culture of shame that has kept them silent.

I saw another tweet today that said, “I cannot stand men who are committed to feeling any type of way about abortion (pro life or pro choice) Just stay the fuck out of it.” I disagree. I want the men in my life to start screaming alongside me. I want them to take their anger—to take my anger—with them into the voting booth. I want them to take the extra money they make because of the wage gap and donate it to Planned Parenthood, the ACLU, and the Yellowhammer Fund. I want them to shame their state legislators into even considering this future for the women in their lives, the women they care for and work alongside and plan futures with. I want them to be frightened that legislation like Alabama’s will not stop women from having abortions, and will only force them to seek them out at greater cost and greater risk.

Finally, I want men to remember that laws like Alabama’s are extremist. You don’t have to be an expert in women’s health or know how you would feel about an unplanned pregnancy to call these laws out for what they are. People may disagree about when life begins and what constitutes a good reason to end a pregnancy, but 71 percent of American voters agree that Roe v. Wade should not overturned. Seventy-one percent of Americans trust women to make decisions about their bodies, with their doctors and their families; they know that the alternative—a world without Roe—means women would be forced into pregnancy and parenthood. Men, if you’re part of the large majority of Americans who believes in a woman’s right to bodily autonomy and safe health care, please speak up. You have power. And you have nothing to lose. 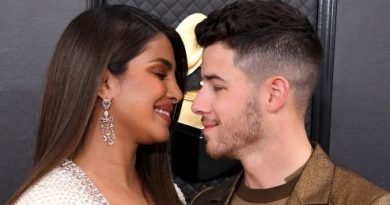 The brief, confused life of a super PAC scam that tried to pose as a breast cancer charity

The Group Chief Executive Officer (CEO) of Databank Group, Kojo Addae-Mensah who is well known in the Ghanaian media fraternity

WHO welcomes rotavirus vaccines for use in humanitarian crises