The Presidential Election Petition Tribunal sitting in Abuja on has fixed 22nd of May 2019 to hear the application which is yet to be filed by the Peoples Democratic Party ( PDP ) asking the President of Appeal Court, Justice Zainab Bulkachuwa to recuse herself  from the panel.

The PDP is asking Justice Bulkachuwa to recuse herself because she is married to a senator-elect of the All Progressives Congress.

Counsel to Atiku Abubakar, presidential candidate of the PDP, Livy Ozuokwu had asked the Chairman of the tribunal to recuse herself on the grounds that she will be biased in the case.

At the resumed hearing of the case Ozuokwu asked the tribunal for 10minutes stand down and the court granted his request to file the application tomorrow Thursday.

The tribunal therefore adjourned the sitting to 22nd May. 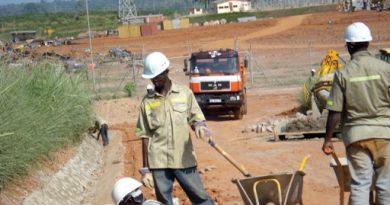 EXCLUSIVE: Acting EFCC Chairman, Magu, Detained By Police In Abuja, To Be Returned To Aso Rock Villa For Further Interrogation

Thousands of people on Tuesday night poured onto the streets of the Upper West Regional capital, Wa, to welcome former