A man, with bloodied “babariga” and with head cocked down, perched emotionlessly in the driver’s seat of a Land Cruiser jeep at Kurmin Kare village along Kaduna-Abuja express way in the searing afternoon of April 29. He was the driver of Mohammed Abubakar, chairman of the Universal Basic Education Commission (UBEC). He was nameless, and he suffered the most terrible fate. He was the first casualty of the kidnappers, who abducted his employer and daughter.

But Abubakar and his daughter regained freedom less than 24 hours after their abduction. Though they had paid a heavy ransom to secure their lives. The police had also launched a manhunt for the kidnappers immediately, arresting one suspect a day after. With that incident, I think, the daily tragedy on Kaduna-Abuja express way hit home; it became uncomfortably obvious for the elite going by the frantic efforts that followed after.

Really, with the elite, there is always a sense of urgency when their security, money or power is threatened. It is the reason the areas where they cluster are far more secure than where the proletariat inhabit. A security incident in Asokoro or Ikoyi will ordinarily receive more attention than any incident of the same magnitude in Mararaba or Iyana Ipaja.  I believe, this is “apartheid”; a deep social inequity that accents the reluctance and lethargy of the authorities on matters affecting the common folk.

And I think the plausible reason there is no sense of urgency in the rescue of Leah Sharibu is she comes from the wrong social divide. In April 2018, Leah sent out a message of despair; a desperate call for help. She said: “I am Leah Sharibu, the girl that was abducted in GGSS Dapchi. I am calling on the government and people of goodwill to intervene to get me out of my current situation.”

“I also plead to the members of the public to help my mother, father, my younger brother and relatives. Kindly help me out of my predicament. I am begging you to treat me with compassion. I am calling on the government, particularly the president to pity me and get me out of this serious situation.”

This message still crucifies the man in me. And 12 months have passed, but Leah is still in the pit of vipers. How does the president sleep at night knowing that this young girl huddles in the encampment of the second most dangerous terror group in the world? How do the service chiefs even carry on in silence, without a word on the rescue effort for this Daniel?

And she specifically mentioned the president, asking him to “pity” her. I want to imagine Leah as the president’s daughter sending out this pathos-inducing message, what would the president have done? Would he not have applied his power as the commander-in-chief and deploy every contact and resources until she is rescued? I am positive she would not have spent two years in captivity.

Leah is in captivity because of her faith. This makes it more tragic. And the lack of a sense of urgency in her rescue also raises suggestions that border on her faith.

And would she still be in captivity if she was Zahra Buhari? I do not think so.

NAF neutralises bandits congregating to carry out attacks in Kaduna 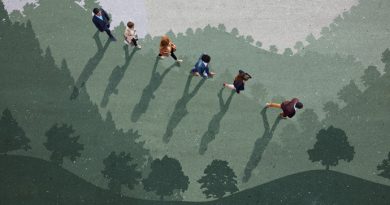 The Alliance of Civil Society Organisations working in Extractive, Anti-Corruption and Good Governance says it will continue to kick against