Here’s the thing. Game of Thrones fans know the drill now. We were expecting Cleganebowl (RIP, Sandor). We even expected Daenerys to go full Targaryen and do something point-of-no-return heinous (though perhaps not as bad as torching a city full of innocent people after the surrender bell had rung). We weren’t surprised that Jaime Lannister wanted to return to the arms of his beloved sisterwife Cersei, nor that they died together.

Not that there were no surprises. Many were hoping for an Arya–Cersei standoff, and it would have been great if our (and Tyrion’s, and Jon’s, and Varys’) worst suspicions about Dany hadn’t come true. Indeed, episode 5 of season 8—the second-to-last, ever—was full of action (including several gory battle scenes).

But amongst all of this, expected and unexpected, came something right at the end that nobody saw. It was…a horse. When Arya, bloodied and dirtied by the fall of the Red Keep, emerged from the rubble, she saw a beautiful white horse standing in the midst of it all. It had some blood on its leg, so it clearly wasn’t just an apparition (though it’s possible Arya’s imagination will be bloody for the rest of her life). So…what was it? And, more importantly, where had it been hiding? A lot of people could have been saved, Mr. Horse. That’s just selfish!

Twitter had no idea who the horse was. Did it symbolize peace? Was it the new contender for the throne? Should Arya ride it to the Old Town Road? Probably. Here are the best tweets and memes about the mysterious Game of Thrones horse. 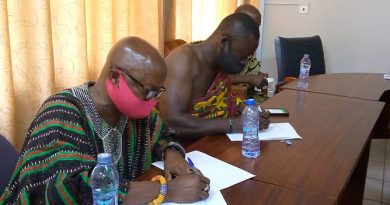