Akinwunmi Ambode, Governor of Lagos State, has said he is now wiser after spending four years as governor of the state.

Ambode said this while addressing journalists after his visit to President Muhammadu Buhari in Abuja, to thank him for inaugurating some of projects in the state.

Speaking on what he learnt during the election period and as a politician, he said he is now wiser as a result of the exposure he had.

“You see, every politician learns every day. The fact remains that I came in as a technocrat, so I use to call myself a techno-politician but I think I am wiser now. I am more of a politician than a technocrat,” Ambode said.

The outgoing governor expressed gratitude at being given the opportunity to serve as governor of the state.

He said, “Well, in another 16 days or so we will be leaving office but what is important is that I was able to have that opportunity to be elected as governor of Lagos State and to touch humanity in a way that I deem it fit.

“I just think a lot more people have enjoyed the benefits and dividends of democracy than we actually met it. And that gives me joy that we were able to touch lives.”

Ambode fell out with the party leadership during the buildup to the contest of 2019 election primaries.

He was defeated by Babajide Sanwo-Olu, governor-elect of Lagos, who has the backing and support of the party leaders of Bola Ahmed Tinubu.

Ambode loss made him the first Lagos Governor since 1999 not to serve two terms. 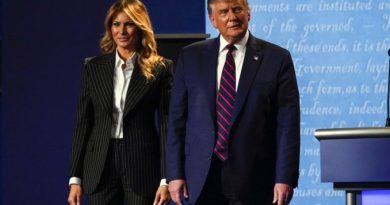 How does a good husband handle a nagging wife? ... See MoreSee Less

Who told u he’s a gud husband

Hozzle hard and make excess billions her nagness will vanish.A woman's nagging is a product of man's poverty

Travel out of the country

Ignore her and her food

Let there be effective communication. Tell her how uncomfortable you are with her attitude and how this will destroy your bond if not taken care of. Pls dont do this when you are still angry. You must purge yourself of every bitterness & reset your mood to the first time you met her and love her as b4. Then Sincerely discuss this matter. You will have to repeat this process over time and you have to be patient with her for the change to manifest. God bless

Patiently listen to her and ask her to sip a water to relax her mind . anything you can do to address her complain just do

Divorce or the woman will remain a perpetual and potential killer in the man's life.

By staying on the house top. The Bible said, it's better to stay on the mountain, than with a nagging wife.

Bible describe a nagging woman as a constant licking roof check out yourself,,,,,,,, they we latter end up bean a single mother 🏃🤸🤸🤸

By staying on top of the roof! 😎 That is what the word of wisdom taught us.

You engage her usefully, An idleness promotes nagging

Always try to be feeding her with the word of God

Chairman Refused To Approved All His Project and Promises! He’s Now Really Ready To Start Again As The Esan Northern Eastern Chairman. Because This His Present Chairman Has Totally Failed Uromi People. He’s Now Ready To Do It On His Own. He Never Have A Chance Before. He’s Not Afraid To Try and Do It On His Own. That’s Is Just D Issue. Uromi Choice Is Saturday Itohan Iyoya. ... See MoreSee Less

So much confusion here. When he was go to party after party, his project was not approved? Like chairman, like vice 😡😡😡

And you feel this is the best way to sell to candidate to uromi people, brotherly you have failed on arrival

Gordon Gorden pls edit your write up for a better understanding,

I'm confused here, my prince was never a chairman but vice. Please I think we need a better understanding to this write up. Mr Gordon please edit this write up or call on a good writer. Don't be offended. This is prince man of all people we are talking about.

Both the chairman and vice Both of them na thesame belle

Story for the god's.

Ur maid not uromi choice

Greetings to all my brothers and sisters from Uromi and the entire Esanland. I'm watching from verry far, and i read a lot of comments from our brothers and sisters from deference communities. Let we be sincerely, not to be ungrateful to ourselves. P.S.I. have contributed a lot" into humanitarian service's in so many ways and touched some many lives whose was in need" before he became the Vice Chairman of LGA. I beg and pardon, i want everyone to stop, and stay out of dropping all kinds of insulttive words on this very post. Is so alarming, i think the time you guys using to wrote all this abusive words, will be enough for you guys, to think of something better for yourself and for your Family too. Enough for all this stupidity. I understand the pains of every Nigerians youths; not only in our societies, we all know that" the entire Nigeria politician failed us, in so many Areas, states, societies and many communities. We mustn't because of the failure of others politicians and started insulting our beloved brother. P.S.P ENOUGH IS ENOUGH

Prince Saturday will fix things accordingly, despite the failure of the chairman we shouldn't be worried about this humble man because i kno for sure he will do better than anyone '' This guy is a real humanitarian that has been fighting for Uromi youths for long long time wish I am a living witness. Honourable Saturday will bring back the real project of Uromi people 👌🙏.....trusted 🎇🎆

I don't understand what u are saying

If marriage certificate were expirable, most people would rather choose not to renew it. ... See MoreSee Less

I dey tell u

Obhiaba, u are on point

But why is that marriages are in shampoo, does it mean they lost there maturity, ,,Then who should make the marriage work. Husband or wife?

I think the govt should think about it bcos alot needs break to avoid early graves. 5yrs or 7yrs should be the maximum for renewal and pay new dowry. I believe with this everyone will behave and every last day of renewal last names should return to normal until a new dowry is paid and renewal is done for another 5yrs or 7yrs. This will bring alot of peace into every homes and respect. And women should be given opportunities to pay dowry after the third renewal.

Seriously ooo. But both couples need to make marriage work to be sincere not on one side alone. May God Almighty help us.

I thought you don't know

I agree with you 💯 percent