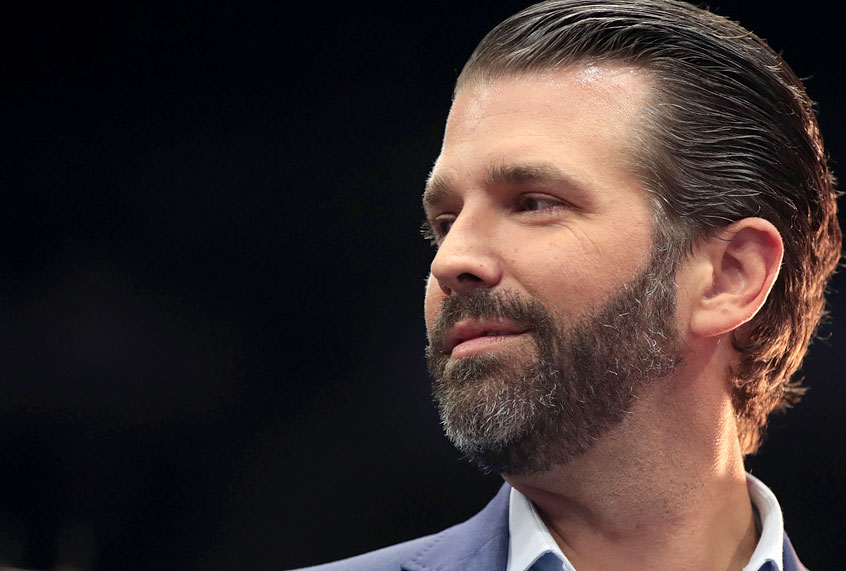 Hard as it may be to believe, once upon a time, Donald Trump Jr. had some semblance of sense when it came to dealing with his father, a man with no redeeming qualities. When he was still a boy, Don Jr. reportedly stopped speaking to Donald Trump for a year, understandably furious at the way that his father, who bragged about how he saw parenting as women’s work, had cheated on and then dumped his mother, Ivana Trump, in maximally humiliating fashion.

“How can you say you love us? You don’t love us! You don’t even love yourself. You just love your money,” 12-year-old Don Jr. reportedly said to his dad. This is a largely accurate portrayal of Trump senior, but not entirely: He definitely loves himself, and does not seem ever to have loved anyone else.

But at some point Don Jr. stopped viewing his father as the villain and instead started idolizing his him, becoming a shameless suck-up who constantly humiliates himself in public defending a man who mocks him behind his back, allegedly saying  that Don Jr. has “the worst judgment of anyone in the world”.

Now, yet again, Junior is paying for his loyalty to a man who once, trying to get back at his ex-wife, claimed he would take custody of the boy, only to renege when his mom agreed. The Senate Intelligence Committee, despite being controlled by Republicans, has now decided to subpoena Don Jr. as part of its investigation into the Trump campaign’s connections to a Russian criminal conspiracy to interfere with the 2016 election.

This decision is setting off a mini-war within the Republican Party. Many Trump loyalists clearly believe that either Don Jr. will perjure himself or will expose more damaging information about the campaign’s interactions with the Russian conspiracy to steal emails from Democratic officials. President Trump, who never stops lying, responded by saying that his son is “a very good person” who has been “totally exonerated.”

In fact, as special counsel Robert Mueller detailed in his report on the Russia investigation, Don Jr. was puppy dog-eager to commit crimes, and arranged a meeting to conspire with Russian agents to interfere with the election. He was only saved by the fact that the would-be conspirators didn’t actually have the dirt they promised on Hillary Clinton.

It’s worth noting that Junior wouldn’t be in this mess if he had just retained the insight of his 12-year-old self: His father is a monster who uses and discards people, and it’s best to stay as far away from him as you can.

In a way, however, the story of Don Jr. is a proxy for the entire cult of Donald Trump. The same motivations that likely caused the son to squelch his youthful skepticism and team up with his pathologically disloyal con-man father are also the motivations of the Trump base writ large. Trump’s followers look at this man who has leveraged shamelessness, racism and lack of basic decency to become famous, wealthy and powerful — and believe they, too, can have a piece of the dream. All they need to do is sell their souls to the orange devil in an ill-fitting suit.

What’s truly remarkable about Donald Trump Jr. is how much of a true believer he’s apparently become. He doesn’t seem to view his dad as a miserable twit to be manipulated for personal gain, which would be a sleazy but at least understandable attitude. No, he seems to have totally bought into the Trump cult, and as such has not only exposed himself legally in a pathetic effort to please his father, but continues to make an ass out of himself on social media for the same purpose.

Stepping back a little, however, Don Jr.’s behavior does make sense. As has been made abundantly clear in the past couple of years, he is a man devoid of any useful skills or much intelligence. The only thing he’s got going for him is the fact that he’s a white man with a famous name. His dad may not be able to offer love or loyalty, but he does seem to offer the promise that if you stick with him, you can end up with wealth, power and status you could never earn on merit alone.

Michael Cohen, Trump’s former fixer and personal attorney, who famously turned on his longtime boss when faced with a lengthy prison sentence, described in his congressional testimony how Trump sucks in his followers. “My ambition and the intoxication of Trump power had much to do with the bad decisions I made,” Cohen said, adding, “I was so mesmerized by Donald Trump that I was willing to do things for him that I knew were absolutely wrong.”

Cohen was a crappy lawyer who graduated from the lowest ranked law school in the country. He seems to have been making money off illicit New York taxi medallion schemes before he was scooped up by Trump, who always seeks out employees and associates of low ethical standards. Cohen saw Trump as his chance to rise above the limits put on him by his own lack of merit.

This magical pull Trump has over the white male mediocrities who swear allegiance to him goes a long way toward explaining his power over his most loyal supporters. The Trump base, of course, is almost entirely white and mostly male. What many of these guys see in Trump is a cheat code. He speaks to the resentments of white men who are angry at growing equality, and who want a world where benefits and privileges will simply flow to them because of the accident of birth.

That’s the promise of “Make America Great Again”: Restoring a situation where being white and male automatically confers respect and status, even above those who may be smarter, more hard-working or more talented. It means having a better shot at a prestigious college or an enviable job, even over people of color who have more merit. It means a world where women have to kowtow and flatter and even tolerate sexual harassment, regardless of whether they are smarter or better qualified than you are. It’s a world where lazy, incurious bigots like Trump can beat out well-qualified women like Hillary Clinton for leadership positions, simply because they’re white men.

The MAGA promise is exciting to mediocre white men like Michael Cohen or Donald Trump Jr., but the apple is full of poison. Cohen ended up in prison, and Don Jr. remains in legal jeopardy — in both cases for the lies they told to protect Donald Trump. As for the MAGAheads of America, they’re also facing the downside of siding with Trump: His trade policies are battering the communities that have supported him the most, and red states were only saved from Trump’s devastating assault on their health care systems by the late Sen. John McCain’s decisive 2017 vote to stop him.

But like Don Jr., the majority of Trump supporters will ignore those pangs of skepticism and look past the fact that Trump only views them as suckers and losers. The MAGA fantasy, of a world where status and power are conferred by race and gender rather than merit, simply has too great a pull and lures them on toward doom. 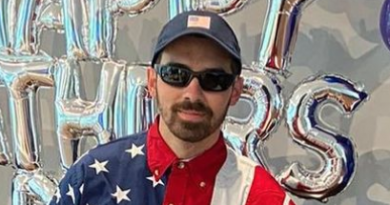 Lead counsel for Professor Margaret Kweku, the NDC’s parliamentary candidate for Hohoe in the 2020 elections and four other interested