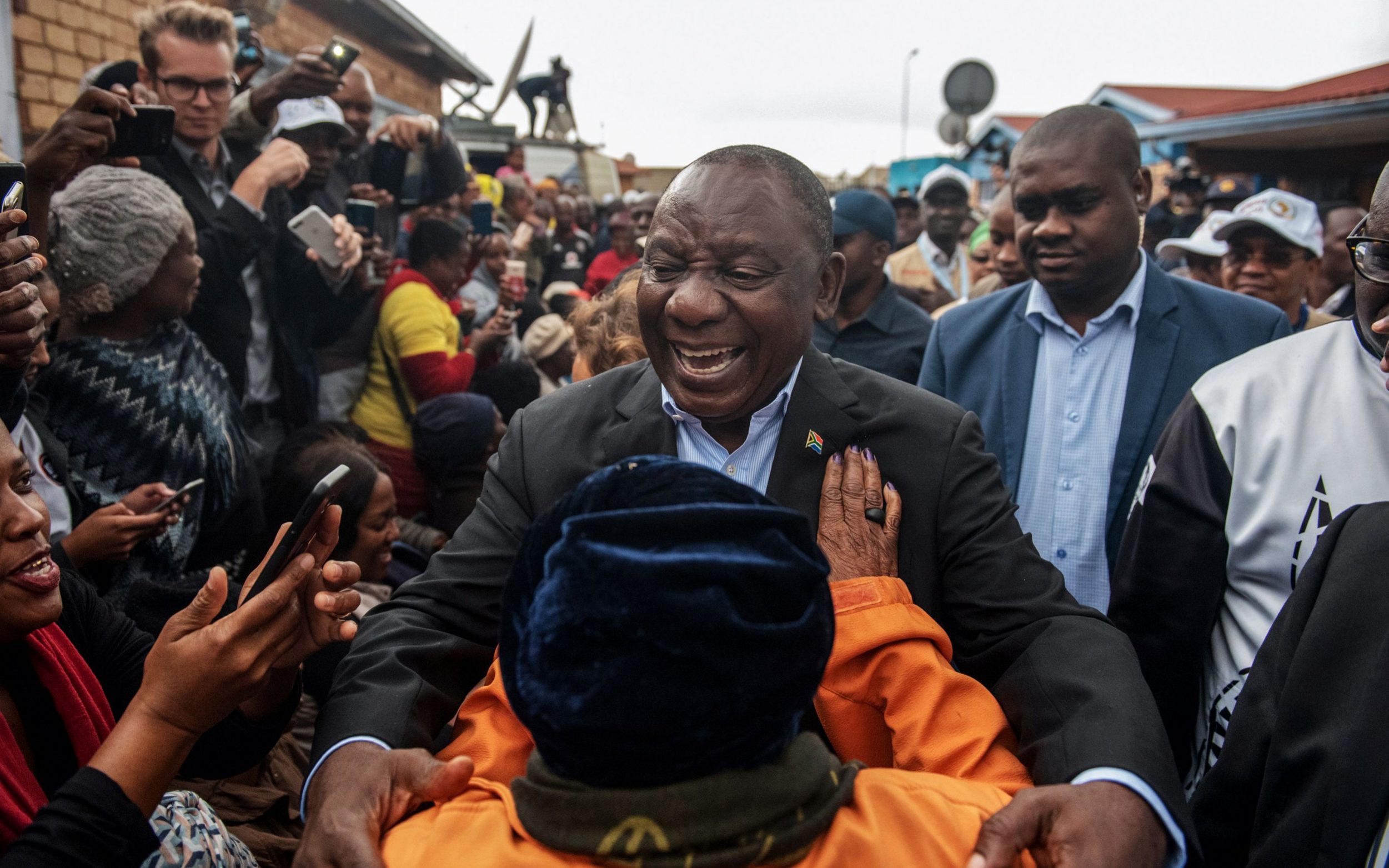 Although the ANC was set to record its worst performance in a national election since the end of white rule in 1994, the decline was less steep than some had predicted, leaving Mr Ramaphosa in a stronger position to fend off party rivals.

With half the ballots counted, the ANC led with 57 per cent, five points below what the party achieved in 2014 when it was led by Jacob Zuma, Mr Ramaphosa’s predecessor.

The party removed Mr Zuma as its leader in 2017 after a poor showing in municipal elections the previous year led even his allies to conclude that he was an electoral liability.

Yet Mr Ramaphosa, chosen to replace him by the narrowest of margins, has always been vulnerable to elements of the party suspicious of his pro-business instincts and his promises to end corruption.

Had the ANC’s share of the vote slipped closer to 50 percent, as some opinion polls suggested, Mr Ramaphosa — who became South Africa’s president last year — risked a potential leadership challenge from an alliance of populists and Zuma-era holdovers who fear prosecution.

With the ANC polling higher than it did in 2016’s local elections, when it lost control of the commercial capital Johannesburg, Mr Ramaphosa can claim that his reformist policies have helped halt the party’s decline.

“People have shown their trust in Cyril,” said Mcebisi Ndletanya of the University of Johannesburg. “The ANC would never have done so well without him. This is a gift the ANC can’t waste.”

The ANC appears to have shed support among black voters to both the pro-market Democratic Alliance (DA) and the far-left Economic Freedom Fighters (EFF) led by Julius Malema, a radical populist who advocates the forced seizure of white-owned farms.

However, the DA failed to increase its share of the vote for the first time since 1994 after some white voters deserted it, turning either to the ANC in the hope of bolstering Mr Ramaphosa or to the Freedom Front Plus, a far-right Afrikaner party.

The DA was projected to win 22 percent. The EFF was set to come third, the only significant party to increase its share of the vote, securing ten percent of the votes tallied thus far.

The party’s hopes of a bigger surge appear to have been thwarted, depriving Mr Ramaphosa’s enemies within the ANC of ammunition in their quest to force him to adopt more radical policies, particularly on land redistribution.

Analysts suggested that, although it enjoys the support of unemployed South Africans bitter with the ANC’s failure to boost jobs, the EFF may now have reached the height of its electoral appeal.

“The EFF appeals to a particular constituency — populism and radicalism — and it is unlikely to get more than in this election,” Mr Ndletyana said.