ABUJA, May 9 (Reuters) – Nigeria’s President Muhammadu Buhari has nominated Central Bank Governor Godwin Emefiele for a second five-year term, according to a letter read on the floor of the senate.

Emefiele has overseen an interventionist currency policy at the behest of the presidency, propping up the local naira by pumping billions of dollars into the foreign exchange market.

The upper house of parliament must approve his nomination and is expected to do so. If it is confirmed, Emefiele will the first central bank governor to serve a second term since Nigeria’s return to democracy in 1999.

A central bank spokesman was not immediately available for comment.

Anthony Simond at Standard Aberdeen Asset Management in London said he expected a continuation of the current currency policy.

“Whether it will be good for the country in the long run is a different question. But for now high carry and stable FX will continue,” he said.

Nigeria entered and exited its first recession in a quarter of a century under Emefiele’s tenure, as global oil prices plummeted and then gradually partially rebounded. Some economists have argued that the currency policy exacerbated the downturn. (Reporting by Camillus Eboh; Additional reporting by Chijioke Ohuocha and Alexis Akwagyiram in Lagos, Karin Strohecker in London and Paul Carsten in Abuja Editing by Gareth Jones and John Stonestreet) 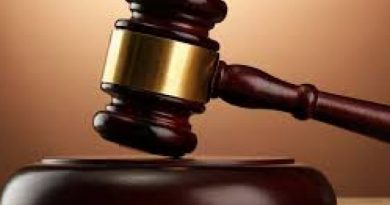 My wife was in labour and I needed money — convict

No relationship is all sunshine, but two people can share one umbrella and survive the storms together. ... See MoreSee Less

Ghana’s COVID-19 death toll has risen to 457. This was after eight more deaths were recorded by the Ghana Health