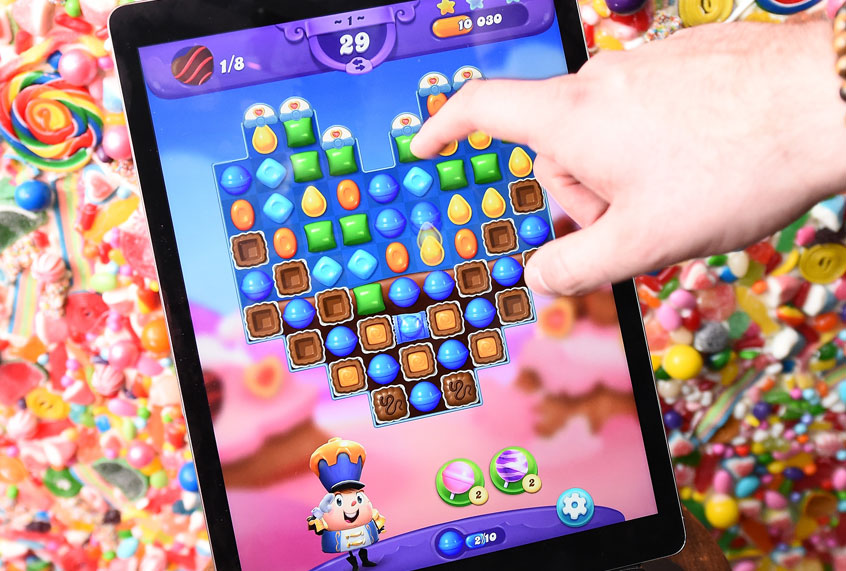 It seems sometimes that everything Silicon Valley touches turns to shit — albeit wrapped in a techno-utopian veneer. Sinking its talons into the taxi industry, Uber and Lyft’s main innovation was to create a poorly-regulated, hyper-exploitative, less safe app-enabled version of the original. Exercise, under the regime of our techie overlords, has been reduced to a counting game, a systematized series of apps, step- and heartbeat counters that push the quizzical ideological notion that quantifying every aspect of existence is both desirable and important. And other industries that have been Uberized — meaning reduced to contract, on-demand labor — including therapy and hotel accommodations, have resulted in a worse product, more precarious employment for workers, and questionable safety practices.

It was only a matter of time before the morally bankrupt industrial psychologists of the tech industry figured out how to recast gambling in an “innovative” way that would allow them to sell it to children. The phenomenon is known popularly as “loot boxes,” and exist within the confines of many popular video games. And while the conceit is identical to that of spinning a roulette wheel, the fact that they are confined to in-game purchases means that loot boxes, as a phenomenon, have flown under the radar of regulators — until now.

For the uninitiated, a “loot box” works essentially like this: a user playing a video game, on one’s phone, a console or a computer, is presented with an in-game purchase. Many games allow users to purchase digital objects — known as “microtransactions” in gamer parlance — that may enhance one’s ability to play, perhaps by granting a new item: say, an upgraded sword or suit of armor in a fantasy game. A loot box specifically presents an unknown object that could be worth many more times the price point of the loot box — or may be essentially worthless. The gamer does not know until they purchase it.

Of course, since these tech companies control the probability, the loot box is almost always a bust, though some people may end up buying them compulsively in hopes of getting something good. One can see how this practice quite literally resembles gambling, albeit the rewards are ethereal, digital objects, and not chips as one might win at the roulette table.

Further, the means of purchase are often obscured through another layer of in-game money; Fortnite, one of the most popular games in the world currently, uses an in-game currency called “V-Bucks” that users must purchase first in order to buy in-game objects. This is a classic psychological technique that obscures the true value of a purchase, long used by manipulative corporations to encourage people to spend more money on their wares — think of “Disney Dollars,” the widely-satirized internal currency that one could, until 2016, buy at Disney’s many theme parks. Such purchases are rarely, if ever, convertible back to regular currency.

The loot box issue is ancillary to another issue in the video games industry — namely, that of micro-transactions generally. When I was a child in the 1990s, at my peak video gaming years, PC and console games had a price point of $30 to $50; occasionally, developers would add an expansion pack or two that would usually cost another $20. Nowadays, video game makers compel developers to create hundreds of tiny in-game “DLC,” or downloadable content, purchases that can add up to hundreds if not thousands of dollars in order to make the game feel “complete.” Reddit users of the Fortnite subreddit calculated that in order to obtain every item in Fortnite, one would have to spend $1,020 (or 130,700 “V-bucks”).

Video gaming, and the internet generally, are notoriously difficult for regulators to wrap their minds around. In part, this is because the most tech-savvy among us are always the youngest — and thus either cannot vote or have lower turnout, and/or are not the kinds of people who are elected to office and who can comprehend the industry.

That makes the report yesterday that federal legislation appeared in congress that would ban loot boxes all the more surprising. The legislation, deemed the Protecting Children From Abusive Games Act, was proposed by Sen. Josh Hawley (R.) of Missouri. As the Washington Post reported:

Hawley’s proposed bill, outlined Wednesday, covers games explicitly targeted to players younger than 18 as well as those for broader audiences where developers are aware that kids are making in-game purchases. Along with outlawing loot boxes, these video games also would be banned from offering “pay to win” schemes, where players must spend money to access additional content or gain digital advantages over rival players.

“Social media and video games prey on user addiction, siphoning our kids’ attention from the real world and extracting profits from fostering compulsive habits,” Hawley said in a statement. “No matter this business model’s advantages to the tech industry, one thing is clear: There is no excuse for exploiting children through such practices.”

Unsurprisingly, given that Hawley is a Republican, his bill would only protect games that are “designed for kids”; like most Republicans, he believes social problems cease to exist after age 17, and then any thing that happens to you becomes an individual problem that is your responsibility.

“When a game is designed for kids, game developers shouldn’t be allowed to monetize addiction… And when kids play games designed for adults, they should be walled off from compulsive microtransactions,” Hawley was quoted as saying in the Post. This is an unfortunate caveat, and one that developers will instantly take advantage of, given that many parents do not observe game ratings or are unaware that their children are playing games rated for “adults.” Hawley states that the Protecting Children From Abusive Games Act only applies to games “targeted at those under the age of 18”; though of course, people under 18 still play many games rated for adults.

Unsurprisingly given that kids have more leisure time than adults, video gaming is a hallowed youth pastime, and a great number of players of any game are impressionable teens and youths who do not comprehend the manipulative psychology behind these corporations’ business decisions. Nor do adults: the intentionally manipulative design of microtransactions, loot boxes and obscured currencies make these exploitative of adults too. A more progressive proposal than Hawley’s might ban microtransactions entirely. Though I do not miss the slow internet of the 1990s nor the massive CRT monitors, anyone who came of age in that era will agree that games were far better without microtransactions nor loot boxes, when instead the entire game was shipped complete.

How to separate your dad from Bruce Springsteen 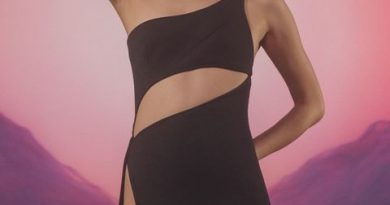 This is How Brandon Maxwell Does Sweatpants

Here we are — but where are we? Your semi-useful user’s guide to the impeachment of Donald Trump

Late Professor Ambrose Alli attracted lecturers and staff from all over the world to then Bendel State University Ekpoma without recourse to ethnicity. He was after merit.

The present day Ambrose Alli University should not concentrate on ethnicity in choosing a VC. We need a VC that can encourage merit and bring in good things to the university.

Presently, AAU staff are not paid and daily expenses are choking them up. We need a VC that can improve the wellbeing of staff and students.
It does not matter if you are Esan or not. We do not want to copy ethnicity from Uniben or Auchipoly or any other institution.
Some Esan people are part of the retrogression in AAU Ekpoma.

I do not believe in ethnicity in educational institutions. We need a VC that can turn AAU around for good. We should not be preaching ethnicity. We should go for merit and good management.

I am proud product of Professor Ambrose Alli legacy. We do not need a VC pursuing selfish interest with the cooperation of some Esan people at the detriment of non payment of salaries. Hunger cannot identify ethnicity. ... See MoreSee Less

Absolutely right! No matter where the candidate comes from, the new appointment should be based on merit and the ability to deliver in matters of academe. Appointing a vice chacellor should be a no-go area for politicking!

The retrogression started from the day merit was denied.

Kudos, you said it all. BRAVO

I'm so proud of you

Kidnapping is both homegrown and Fulani based. Yahoo guys can do anything to maintain lifestyle. Uromi needs to be more vigilant and be your neighbour's keeper. Uromi is harbouring too many unknown sources of income from other places.

Listen to article Like it or not, while some Ghanaians cannot survive a day without food under this unfathomable period,