LONDON, May 8 (Reuters) – Nigerian and Angolan crude continued to sell well as demand was robust in the United States ahead of the summer driving season and in Asia due to U.S. sanctions pushing out Iranian barrels from their most important markets.

* The revised June programme put Angolan output slightly lower but roughly in line with other months, after an initial programme was poised to be the lowest in over a decade due to maintenance to the Saturno and Girassol streams.

* Traders expected the issues to be resolved in time for the rollout of the July programme.

* Offer prices for relatively heavy Angolan grades were expected to remain high and even increase given high demand and absence of comparable oil grades due to U.S. sanctions on Iran and Venezuela.

* Qua Iboe was still being offered at a relatively high price of dated Brent plus $2.50 for June, while Escravos and Forcados were also being offered unusually high.

* Scarcer heavy and sour crudes are being snapped up by U.S. refineries in the run-up to the summer, and May imports from Nigeria and Angola along with Iraq and Brazil are expected at about 1.23 million bpd – the highest in 18 months.

* Oil facilities in Nigeria’s Nembe region have been hit by a shutdown and protests that began on Sunday, its second shutdown in a week and the third this year, stoking worries among traders.

* The outage was heard not to be causing severe shortages for major crude grade Bonny Light, loading of which was being delayed by around just 5 days.

* Imports from Iran by its second biggest consumer India fell about 57 percent year-on-year in April, stoking demand for Nigerian barrels.

* European buyers were interested in Nigerian oil given relatively high gasoline cracks but were hard-pressed to prevail over the U.S. competitors on trading margins.

* India’s Mangalore Refinery and Petrochemicals Ltd MRPL.NS will operate its 300,000 barrels-per-day refinery in southern India at about 50 percent capacity from Thursday. (Reporting by Noah Browning; Editing by Mark Potter) )) 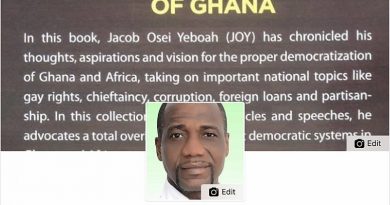 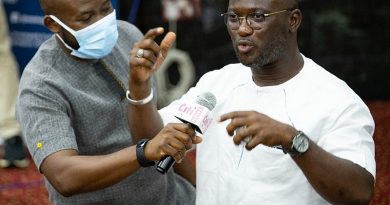 What next after this abduction? ... See MoreSee Less

Address By The President Of The Republic, Nana Addo Dankwa Akufo-Addo, At The Virtual Eid Ul-Fitr Celebration, At The Forecourt

Adhere to the COVID protocols and avoid our wrath—DSP Tenge