Barring any unforeseen circumstances, President Muhammadu Buhari would be sworn in for a second term on May 29, 2019. This second coming has been christened the Next Level, which was the theme of his second term campaign. Embedded in this Next Level mantra is the expectation of the huge majority of Nigerians that fitting consolidation would be given to the policies the regime has charted in its first term, which has gone a long distance in re-defining and re-routing governance from what it used to be before Buhari’s coming. Yes, the art of governance has never witnessed such fundamental re-routing as has been evidenced in the last four years and this has gone a long way in stemming the epidemic of corruption, which had riddled governance in Nigeria and has laid to waste the huge human and natural resources of the country.

So in ready to start a new tenure, Nigerians eagerly expect Buhari to stick firm to the route he has charted in the past four years and add more philip to the task of ensuring that the resources of the people are fully devoted to attending to their immediate and long term needs. The unpronounced expectation of most Nigerians is that more fire is put to the revolutionary task of capping the well-heads of corruption, which had laid desolate a country brimming with unimaginable wealth. That epidemic of corruption, which almost became a legalized form of statecraft before Buhari is responsible for the parlous state of affairs of the country and the incredible level of poverty that subsist in a country that has no business with poverty. Truth is that before Buhari came in 2015, corruption had become a directive principle of state policy and had been granted an elevated place in the affairs of Nigeria.

Despite the syndicated attempt to frustrate the present government’s efforts to cripple this ennui, the indisputable fact is that Nigeria would sink if the present efforts to deal with corruption is not sustained. So the hugest expectation of Nigerians in Buhari’s second term is the continuation of the fight against corruption. This expectation is given more pep since Nigerians have seen the direct cost of corruption in the gargantuan infrastructures and regenerative capital investment the present government has made in the past four years. The cost of corruption is being really felt by Nigerians in the huge obligations the Buhari government had undertaken in the past four years in spite of dwindling resources. The huge tranche of salary arrears, the pensions and gratuities and the huge contractual obligations that mounted before Buhari came and which he had deftly cleared in a regime of fewer earnings shows the magnitude corruption was allowed to feast on the nation. That even little obligations of the state were left unattended when Nigeria was swimming with petro-dollars and are now being cleared at all levels of government shows the deprecatory effects of corruption and the positive effects of probity as we had seen in the last four years.

So, in Buhari’s second term, Nigerians expect a strengthening of the anti-corruption war so that Nigeria doesn’t regress to the sordid state it was before Buhari came.

Again, Nigerians expect the government in its second term to continue its bold diversification of the economy for there lies the salvation of the country. Before Buhari, Nigeria had solely depended on crude sale for all its needs thus neglecting the rich natural endowments the country is blessed with. Since the advent of the Buhari government, however, bold efforts have been made to tap other sources of revenue like solid minerals, agriculture, taxation, etc. This largely accounts for why Nigeria was able to exit from a recession imposed by the crash in oil prices and the megalomania of the past regimes. Nigerians expect that more impetus should be given to the exploration and exploitation of many other fonts of revenue in the second term of this government. Among these new fonts of revenue, the massive investment and output from agriculture in Buhari’s first term is laudable and has accounted for the rich harvest from the stoppage of food importation as well as the food sufficiency the nation is achieving with its policy of near-total stoppage of food importation.

Nigerians expect Buhari to continue on his ambitious, bold and expensive infrastructure investment in his second term. Because direct nexus exists between growth and investment in infrastructure, Nigerians see in the huge investment in infrastructure a key to the real growth of the country and its economy as was the case in every other country that has witnessed real growth. Nigerians want more funds to be devoted to power, roads, bridges, railways, airports, hospitals, schools, as has been the case in the past four years as these drivers of the economy stand to reflate and grow our economy in the not too distant future. They want the President to continue to set the pace in real investments that can expand and add to the wealth of the nation in his second tenure.

Nigerians will want Buhari to continue in his huge social intervention scheme that directly targets the unemployed, the weak, the vulnerable and the elderly and has lifted millions of Nigerians from abject poverty in the last four years. The N-Power employment scheme, the Trader Moni scheme, the school-feeding programme, the cash transfer scheme, among many other direct schemes that target the weakest genre of the population, are laudable innovations that have aimed at the soul of degrading poverty these past four years. Nigerians would desire not only sustenance of the schemes but also their expansion to reach as many Nigerians as possible.

Nigerians would want President Buhari to firm up the security of the country in his second term. Granted, he has done so well to tame the scourge of Boko Haram, which clearly took parts of the country and was firmly challenging the rest when he came, Nigerians would, however, want the president to tame the wave of banditry, terrorism, killings and unrest most of whom are clearly politically orchestrated by those that were dislodged from power and who are venting their spleen on the rest of the country for the purpose of getting back to the Buhari government. The government should, in the second term, show clear decisiveness and intolerance to both the perpetrators and sponsors of insecurity in the country to send clear messages to all that life would not be allowed to be cheapened for the ulterior interests of a few selfish bloody hawks in the society.

There are many other expectations Nigerians have of President Buhari in his second term but the above are the principal expectations that drove his Next Level campaigns and accounted for why Nigerians, especially the ordinary Nigerians who bore the brunt of the rampaging corruption that reigned before he came, massively voted him last February. They are particularly thrilled that he is the only Nigerian president that has rallied the courage to tackle corruption headlong where others merely caressed the monster just because they don’t have what it takes to fight corruption. Buhari must note that the cornerstone of his regime is this present anti-corruption war. This accounts for the huge gang-up he had faced, for the horrible press he had gotten, for the sectional and tribal slants he had been given, for the syndicated woe-crying and continued pejorative intents that are read to his regime’s act. But on the reverse side, it accounts for why he is so loved and deified by the ordinary people and most importantly, it accounts for why his regime has recorded many resounding successes in many spheres of governance.

So the fulcrum of Nigerians’ expectations of President Buhari in his second term is summed in the hope that the anti-corruption battle would not only be sustained but given institutional foundations to ensure it becomes a part of governance in Nigeria even beyond his tenure. Nigerians expect that after Buhari, it would be impossible for another regime to come to take us back to the bacchanal era that reigned before him. They expect the president to ingrain indubitable frameworks to safeguard the public treasury against rapine locusts and freeloaders that are presently doing everything humanly possible to frustrate his regime, end the anti-corruption war and take us back to the years of free plunder and byzantine stealing. If President Buhari does this, he would have not only succeeded in taming the corruption monster but succeeded in freeing resources that would have been stolen and channel them to attend to the multifarious needs of the country and its citizens, as we have seen in his first term.

Buhari should know that his resolve to stick to bold, revolutionary decisions, from which his predecessors shied away, is yielding positive gains and should not be deterred by the predictable angst of those that benefit from the tardy past to buckle. He should continue taking bold and historic decisions to re-shape the country and stand it firmly on the paths of productivity and progress in his second term. 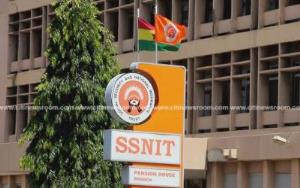 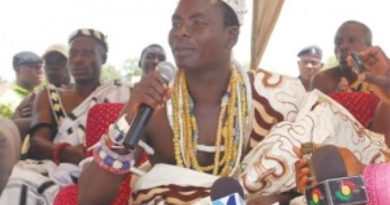 Small, Medium Forest Enterprises (SMFEs) have been trained and encouraged to undertake proper documentation of their processes and activities in