For a while, episode 4 felt like it really might let us do just that! It opens with the battered and victorious Winterfell army revelling in its triumph, feasting mightily and possibly inventing Never Have I Ever? Tormund drinks a lot (a LOT), and there is just a soupçon of tension between Dany and Jon as the men cheer him on for being…well…Jon. Brienne and Jaime get drunk and bicker and, in the episode’s biggest surprise, HAVE SEX? Gendry loses his entire mind and proposes to Arya after being turned into a lord by Daenerys? This whole episode is kind of over the top, honestly—the Stark siblings banding together to tell Jon they don’t like his girlfriend got kind of overshadowed by literally everything else.

But of course, Game of Thrones is Game of Thrones, so it is not too long before Rhaegal is killed by the worst Jack Sparrow impersonator the world has ever seen. I hope Euron Greyjoy is not long for this world. (That Qyburn can get lost, too.) If that wasn’t bad enough for Team Dany, Cersei has Missandei beheaded by The Mountain after the Dragon Queen refuses to bend the knee. The look on her face as she walks away is terrifying.

Below, the internet reacts to this whirlwind of an episode.

Jon decides to tell Sansa and Arya about his true parentage, and makes them promise not to tell a soul. Sansa…does not do that.

The Starks might be stubborn, but they are deeply loyal.

When they took Rheagal down? It was like a bit of my heart went with him.

Seriously, for the first 58 minutes I was nearly relaxed?

He’s an absolute creep, but he’s got style!

Jon, this I might never forgive you for, tbh.

Christina Tucker
Christina Tucker is one half of the Unfriendly Black Hotties, a podcast about the intersection of race, gender, and sexuality in higher education, pop culture, and politics.
Comments
Share This Post: 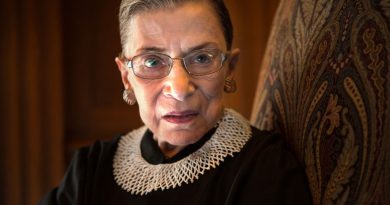 Ruth Bader Ginsburg to Become the First Woman to Lie in State at the U.S. Capitol 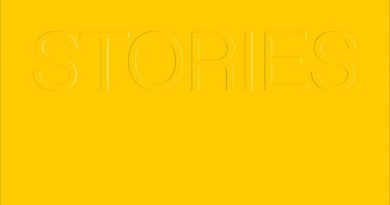 After The Girls, Emma Cline Begins a New Chapter with Daddy

Mr Doe Edward Adade, the Assembly member for Tatorme-Fiato Electoral area in the Akatsi South Municipality of the Volta region

Bandits on treetop kill policeman, injure 3 others in Niger