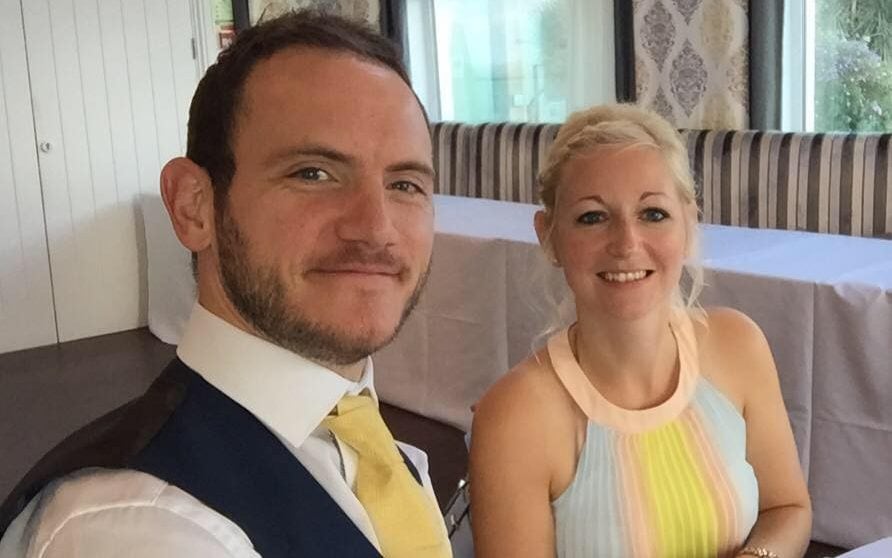 A woman who was injured during a traditional Cornish May Day celebration has died in hospital.

Laura Smallwood, 34, collapsed with a neck injury during the annual Obby Oss celebrations in Padstow, Cornwall, on Wednesday.

Police believe she may have been bumped into by an enormous dragon-like ‘Obby Oss’ which is paraded through the streets of the fishing town every year.

They are also investigating whether she could have been assaulted earlier in the evening by another woman before she was found collapsed in a lane near the harbour at 7.30pm.

She was airlifted to hospital but died on Saturday morning.

Residents had gathered to mark May Day, the biggest date in the coastal town’s calendar, which attracts thousands of visitors every year.

A traditional gyrating dance is performed to the sound of drums as locals sing folk songs.

Meanwhile ‘Obby ‘Osses, or hobby horses, parade through the streets while being taunted by the ‘Teazer’, who leads the procession.

The celebrations, which run from early in the morning until at least midnight, see residents split into two teams – one following the red-ribboned Oss and the other following the blue one.

It is not clear where the custom comes from. Some suggest it was an ancient fertility rite, while others think it could have been a deterrent to a possible landing by the French centuries ago.

Devon and Cornwall Police have examined the blue-ribboned Obby Oss for evidence of whether it came into contact with Mrs Smallwood.

They have also informed the Health and Safety Executive, the government agency responsible for combating work-related death, injury and ill health.

Rose Barker, an employee at Pucelli’s Restaurant, just 300 yards from where Mrs Smallwood was found, said the annual tradition can attract rowdy and aggressive behaviour and yesterday was no exception.

The 24-year-old told The Telegraph: “There was a lot of pushing and shoving. A lot of people had too much to drink and one man passed out in the middle of the street near the harbour. I got shoved as I was walking to work.”

It is not clear whether Mrs Smallwood was caught up in a scuffle during the celebrations or if her injury was unrelated.

Detective Inspector Paul Norlund, of Devon and Cornwall Police, said: “Our thoughts and sympathies are with Laura’s family at this very sad time.

“We continue to follow a number of lines of enquiry to establish how Laura sustained her injuries.

“At this time, we would like to hear from any witnesses and anyone with information, particularly anyone with any relevant mobile phone or camera footage taken around the event.”

This agbero dat does not even respect himself

COVID-19 vaccine: Yahaya Bello standing on side of truth – Group