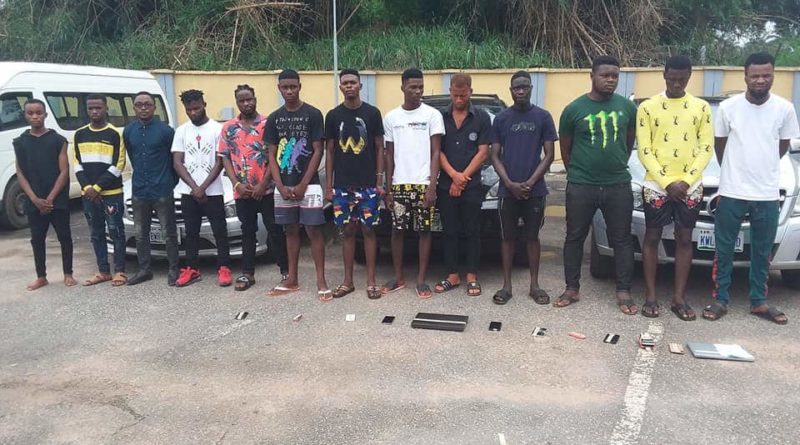 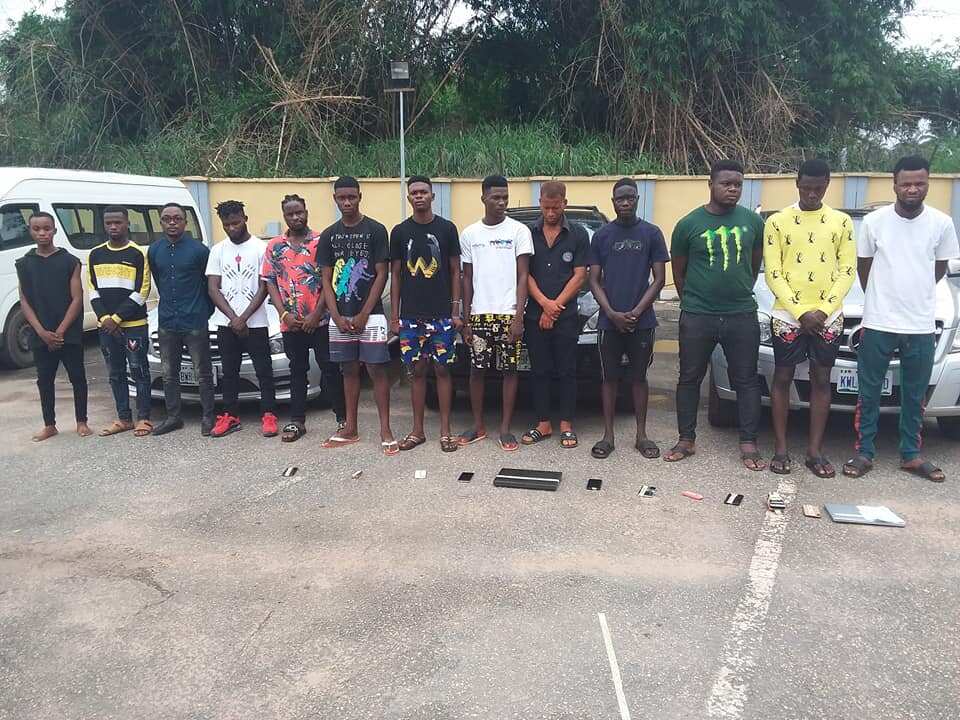 – The suspects, who are between the ages of 20 to 35 were arrested in a hotel at Uromi

According to a statement posted on EFCC social media pages, the suspects, who are between the ages of 20 to 35 were arrested in a hotel at Uromi.

The raid which was sequel to series of intelligence gathering by operatives of the zone is in line with the directive of the acting EFCC chairman, Ibrahim Magu to rid the state and indeed the entire country of internet fraud and cyber-crime.

The suspects have made useful statements and will soon be charged to court.

The raid is coming few days after the south-east zonal office of the EFCC, on Wednesday, May 1, arrested 37 suspected internet fraudsters in Owerri, the Imo state capital.

The arrest followed a raid on some targeted residences in Okwu Urata, Aladinma and Egbu areas.

The commission said its action followed intelligence report which pointed that the suspects were living lavish lifestyles without any known means of livelihood, alleging further that they specialize in defrauding unsuspecting victims, through the internet.

READ ALSO: Ilegal Migration: I would resign if I were president – Onaiyekan

In the course of executing the search warrants, items which included laptop computers, 25 five exotic cars, which include several brands of Mercedez-Benz, Lexus, Toyota and expensive mobile phones, were recovered.

Street Gist: I will set up a company for yahoo boys – on Legit TV 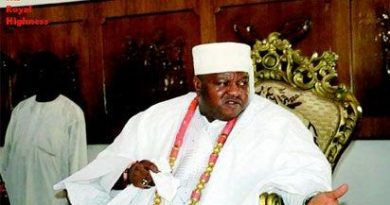 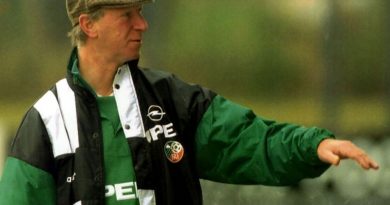 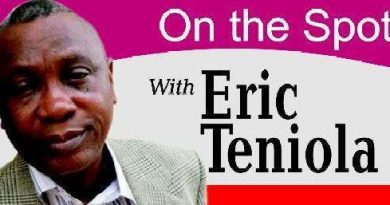 Listen to article Fast-rising Afro-Jazz singer and songwriter, Nissi Ogulu, simply known as Nissi, releases the anticipated visuals for one