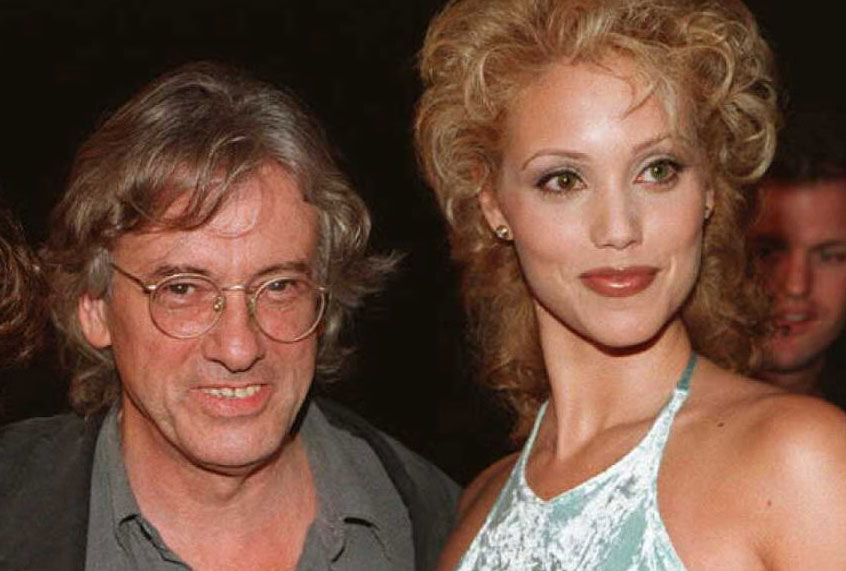 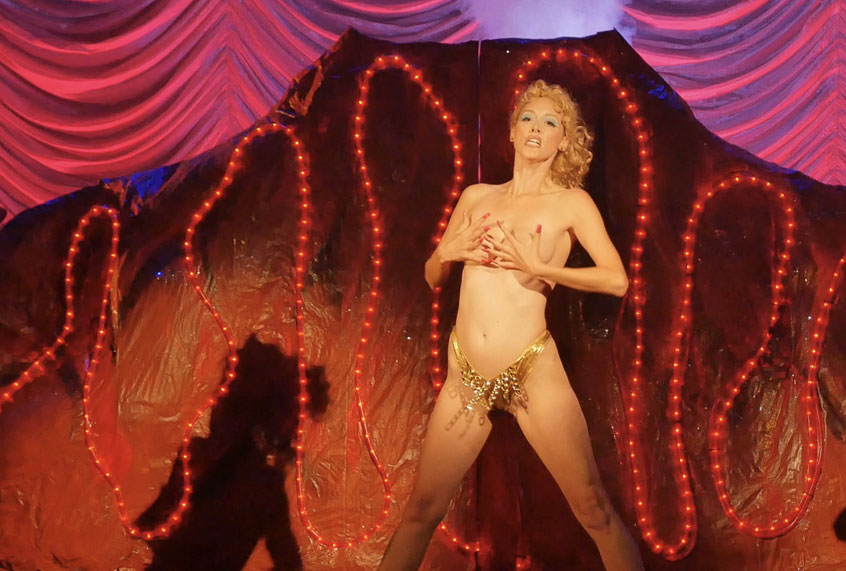 Taking a 360-degree approach to a film that has received an appreciation 180 degrees from its initial reception, “You Don’t Nomi” considers the craptacular spectacle that is Paul Verhoeven’s epic sleazetravaganza, “Showgirls.” The film, which won seven Razzies and devastated star Elizabeth Berkley’s career, became a cult/camp classic that invigorated multiple musicals, parodies, and satires. It’s been described as “the least sexiest movie ever made”—quite a damnation for a film that lobbied for an NC-17 rating and features extensive nudity and lap dances. As filmmaker Jeffrey McHale shows through clever use of clips, commentaries, and insights on high and low culture, the film is a neither a piece of shit nor a masterpiece, but it is, he asserts, a “masterpiece of shit.”

Was “Showgirls” conceived to be a hard hitting drama, or was it intentionally bad? Is it really meant to be a convincing story of innocence and corruption that tackles moral values and spiritual choices? “You Don’t Nomi” parses out those questions, and addresses elements that some viewers of the film may overlook—like Nomi’s discussions of chips and brown rice and vegetables, or the numerous discussions of fingernails. It also presents counterbalanced perspectives as it discusses the film’s treatment of women as either empowered or victims of Verhoeven and screenwriter Joe Eszterhas’s misogyny. Even Berkley’s intense performance is scrutinized by its defenders and detractors.

McHale takes an unbiased approach, and he makes his case as he inserts scenes from “Showgirls” into clips from Verhoeven’s other films, including his Dutch classics, “Spetters” and “The Fourth Man” to his Hollywood hits, “Robocop” and “Total Recall.” The filmmaker also includes remarks by devotees of the film, such as David Schmader, who did a Special Edition DVD commentary, and performer April Kidwell, who acted the role of Nomi in a stage parody of “Showgirls.”

In an interview during the Tribeca Film Festival, McHale explained his fascination and infatuation with “Showgirls.”

What do you recall about your first screening of “Showgirls”?

I was mostly amazed that it took me so long to see it. I saw it after it became a queer cult classic. I was in shock and awe—how did I miss this? My heart was beating. It spoke to me, but I couldn’t pinpoint why. It was created for me, but not intended for me.

About how many times have you seen the film now?

Oh my god, probably close to 40 or 50 times. 40 is a fair number. For this project, I watched it with the David Schmader commentary track on the special edition DVD.

After your film was announced, I saw that there’s another documentary in the works, “Goddess: The Fall and Rise of Showgirls” by Jeffrey Schwarz! Why do you think we are still talking about “Showgirls”?

Multiple Jeffreys, multiple “Showgirls.” We’re still taking about it because we’re not done with it. We can’t figure out how it got made, its intent, the way that the media and critics responded to it, and how audience have found it and reclaimed it for themselves. It’s evolving. That’s one thing I was surprised to find out: you cannot figure it out. When people see this they want to know: how does this thing get made? You want answers. Reading all the writing about “Showgirls,” it is fascinating how the community has lived with it and responded to it.

As you indicate, “You Don’t Nomi” reframes, redeems, reclaims, praises, condemns, and respects “Showgirls.” You approach the film from three perspectives—a piece of shit, a masterpiece, and a masterpiece of shit. Can you talk about the way you parse out the film’s failure, success, and legacy? It has become like “The Room,” in the so bad it’s good genre.

The way that it’s so bad…a lot has to do with the production and what went behind it. “Showgirls” is different from “The Room.” It had a giant studio behind it, a $40 million budget, and the highest paid Hollywood screenwriter. A lot of that built into the response that critics had to it, which was violent anger. That response has a lot to do with the way it was welcomed and accepted by cult and queer audiences—you’re going to reject it, so we’ll take it in as part of the fabric of our culture. Because they kept it alive for so many years, critics and scholars reevaluated it and looked at its merits and what it means to fail. If we’re still talking about it now, how can it be deemed a failure?

There are people who attack Verhoeven and Berkley for the film’s failure. Who do you think deserves the blame for the film?

I would lean more toward Paul. I wouldn’t blame Elizabeth. The last couple of years Verhoeven has been open about taking responsibility about the directing choices for Berkley. I don’t think she deserves the blame. Gina [Gershon] and Kyle [MacLachlan] had other performances under their belts. She [Berkley] unfairly got the brunt of anger. Paul made the decisions and has taken responsibility about the choices that were made.

You use clips of other Verhoeven films to make points about his work, as a European outsider commenting on America, as a social satirist, and as a man who glorifies violence and sexuality, and can be cruel towards women in his films. What made you dive deep into his oeuvre and enhance clips of his other films with scenes from “Showgirls”?

I thought it was interesting to look at “Showgirls” in light of everything he’s done. It’s so different and an anomaly of the rest of his work. Reading the contributors’ work and watching Verhoeven’s other films, I was surprised by similarities and motifs. He has a very diverse career, but he does repeat themes and elements, so I thought that would be an interesting way to show the similarities by doing it visually.

I think the appeal of his films is the mix of high and low culture. You have a section of the film talking about camp and how “Showgirls” has an earnestness that makes it a target. Why does this film lend itself to such treatment?

It is rich for that. The setting, and the time it takes place, it’s easy to parody. The script has lines of dialogue that are completely outrageous. It’s easy to quote.

“Showgirls” has a queer appeal, not just in the unsubtle lesbian subtext but also in the fandom. Why do you see this as a “queer” film?

One of our contributors [Matt Baume] goes into that, and the parallels between Nomi and the queer/gay experience. He posted a video and David Schmader pointed me to him. I saw the breakdown of being from a small town and moving to a big city. I did that, and I found my community. So, there is an aspect to Nomi that gay men and queer people relate to. They need their chosen family. I think that’s a large part of it.

Why do you think the film developed a life of its own with stage productions, such as the one starring April Kidwell, who used the show to cope with her own personal trauma?

I thought that was surprising—how a film and piece of art people deem as misogynist and sexist becomes something women find power and strength from. It was beautiful that people could use it. April is touring with a one-woman show based on her Nomi character. She’s the heart and soul of “You Don’t Nomi.”

Are there other films you think should be re-examined? I vote for “Sliver” the Sharon Stone-William Baldwin thriller Phillip Noyce made.

Good question… You stumped me.

OK, then let me end by asking, what is it that you want people to take away from “You Don’t Nomi”?

I think people should take away that some things with art we will never have the answer to. That’s a beautiful thing. We’re not done with it. You want to dive in and want to find the answers, but it’s more about the experience of how we live with these things, and how they are always changing.

The Always Be My Maybe Trailer Will Ruin Your Life, Because: Keanu Reeves

An Economist, Kwame Pianim says without collective ownership of the vision by Ghanaians, the Ghana Beyond Aid agenda is likely