Prince Uche Secondus, the National Chairman of the opposition People’s Democratic Party (PDP), was in his best opposition element, last weekend, when he addressed a world press conference in Abuja. He had hit the Buhari regime so hard that one was surprised at the virulent tone he employed in taking down the administration. Emboldened by the manifest failures of the man from Daura who is currently on medical tourism once again in London to attend to his fragile health Secondus sought to score the maximum point by asking rhetorically: “Do we still have a government? The apparent incompetence of the ruling All Progressives Congress (APC) in the handling of affairs of governance has continued to take a huge toll on the nation?”

Claiming that the executive “arm-twisted the Independent National Electoral Commission (INEC) into tampering with the will of the people in the February 23 Presidential and National Assembly Elections” Secondus railed at the continuing attempts by the federal government at “exerting all its energies and resources planning nefariously how to undermine democratic institutions.”

The PDP Chairman was unsparing of the ruling All Progressives Congress for their apparent lack of ideas on how best to tackle the escalating security issues around the country. From galloping insecurity he moved to the ‘humiliation’ of the judiciary whose fallen head, Walter Onnoghen, had been tried by the Code of Conduct Tribunal and found guilty of false assets declaration. President Buhari, PDP alleged, must have moved against the ex-CJN for other reasons and motives than what he was officially accused and convicted of. He decried the wilful desperate efforts to ‘hijack’ the legislature by imposing figures they could easily control.

Days after the Abuja world press conference the PDP leadership sought to up the ante by an alarming statement released by its National Publicity Secretary, Kola Ologbondiyan, alleging that about 14 trillion Naira (!) has been stolen under the administration of President Muhammadu Buhari. He broke down the figures by saying that 9 trillion Naira  was allegedly stolen from the Ministry of Petroleum Resources, as detailed in the leaked Nigerian National Petroleum Corporation’s memo; the over 1.4 trillion Naira alleged oil subsidy sleaze and the 1.1 trillion Naira worth of crude allegedly diverted using 18 unregistered companies.

Ologbondiyan listed other avenues through which funds were looted to include 33 billion Naira NEMA funds and others. He went on to condemn the unbridled borrowing by the Buhari administration that has led to the monumental increase in the nation’s debt profile from 12.12 trillion Naira in 2015 to 24.39 trillion Naira in 2018. Mind-boggling figures indeed!

And earlier this week Comrade Omoyele Sowore, human rights activist and presidential candidate of the African Action Congress (AAC) in the 2019 presidential election was a guest of the Arise News TV’s ‘The Morning Show’. In the programme the ‘SaharaReporters’ Publisher declared that “unless a revolution happens in this country same way they had in Sudan or probably Algeria, it’s going to be difficult to have free and fair elections”. He maintained that unscrupulous politicians had “destroyed the basis for any progressive politics”.

And on May Day rally in Lagos Sowore upped the ante by makng it clear that “elections are over and the sufferings of Nigeria have just started and everybody has come to the realization that we have no hope with the current political leadership in the country”. Harping on the urgent need for a revolution he enjoined every Nigerian to “start preparing yourselves, preparing your neighbourhoods, preparing your children for a revolution in this country; nothing but a revolution will solve Nigeria’s problem”.

The opposition PDP is doing what any responsible opposition elsewhere does: opposing the opposable and pointing to the way forward. The tragedy of our nation is that those entrusted to show us the way lead us instead into the abyss suffocating us all in their tenebrous endeavours.

The PDP Chairman hit the bull’s eye by his strong declarations. And majority of Nigerians are agreed that the political status quo whose legitimacy is still being contested has all but accentuated division among our people, deepening mistrust, fostering corruption and impoverishing the people. The embattled Buhari regime has failed to secure the lives of Nigerians and such singular failure which constitutes the primary purpose of any government ought to interrogate our sense of national values.

Yet it bears underscoring here that the PDP are among the class of oppressors we are up against! Combatting the ruling APC and exonerating the PDP from the tragedy that has befallen our nation is like exonerating the devil from the first celestial coup d’etat in heaven! For sixteen odd years the PDP smart guys were in the saddle Nigeria never fared any better. They wasted billions of Dollars (including the 16 billion wasted by Baba Obasanjo on power) on frivolities rather than development. They enriched their members making corruption thrive in the process and boasting of an ambition to rule for sixty years! Now in opposition the PDP position on national issues is hard to appreciate given the generalized failure of the political class.

As a people oppressed we must rise above ethnic fault lines fully convinced that our fundamental natural problem derives from leadership failure. We must, therefore, demand for a revolutionary change in the way and manner we have been governed for decades on end. Collectively, therefore, the time is now for us to rise against the oppressive tendencies of those we put in power whose political stock-in-trade remains the abuse of democracy and its beauty. Doing otherwise could sentence us all to more years of servitude.

If it could be done elsewhere (and recently in Sudan and Algeria) then it can be replicated in Nigeria. With unity and determination our country can still be saved from herself!

We conclude by quoting verbatim the immortal words of the great late Walter Rodney, the prominent Guyanese historian, political activist and academic: “The human spirit has a remarkable capacity of rising above oppression.” And we concur! And add that a people united by any goal can never be defeated by any force! 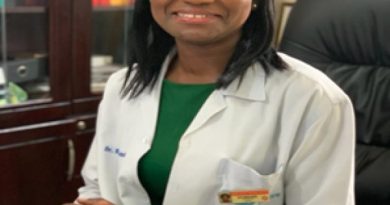 The 2020 independent presidential candidate, Alfred Kwame Asiedu Walker has cautioned the Government against the COVID-19 vaccine approved by the