The Kogi State Kwankwasiyya Movement, “the political movement that worked hand-in-hand with the leadership of the All Progressives Congress (APC) to deliver Kogi for President Muhammadu Buhari in the last presidential election”, has distanced itself from the “charade and a show of shame which was called a decamping ceremony led by a suspended member of the movement, Nicholas Ayegba and hosted by the self-conceited political opportunist, Edward Onoja”.

Ayegba recently led some people he identified as members of the movement to defect to the APC, saying the movement had “integrated itself into the structures put in place for the reelection of the incumbent Governor of the state, Alhaji Yahaya Bello”.

Ayegba had said they were motivated to join the ruling party, even though the group was created by the People Democratic Party’s Rabiu Kwankwaso, because their current resolve is to get a good political footing by getting close to the government.

However, a statement by Attah Morandy, the Olamaboro Local Government Area Coordinator of the movement, renounced both Ayegba and Bello.

“Nicholas explored the desperation and gullibility of the New Direction Government and pledged his support for the drowning team of callow politicians. Nicholas knows that elections are here and the orphaned government needs people and crowd whether useful or not to make his money. A drowning man always clutches the straw. Nicholas’ declaration has no progressive political intent, but pecuniary motive.

“Those who were led by Nicholas and appeared before Edward were not and have never been part of the Kogi State Kwankwasiyya Movement. They were licensed political jobbers who succeeded in scamming a fidgety, rickety and frail government led by Edward Onoja and Yahaya Bello. These duo have both lost popularity and relevance in Kogi politics despite their being in power.

“As a matter of fact, the kindergarten and supermarket system of government led by Yahaya Bello in Kogi State is shambolic, repugnant and nauseating; it is politically impotent, frail, and does not have the financial resources and political might to take over nor adopt the vigorous and robustly wieldy true Kwankwasiyya Movement in Kogi State.”

The statement described the Kwankwasiyya Movement as the “strongest and largest political movement in Kogi State”, ready to join Kogites to oust Yahaya Bello from Lugard House at the earliest convenience either in August or in November 2019.

Falsely adopting groups and successes of other political gladiators who have carved a niche for themselves in politics and using same to boost the low morals of a failed political sojourn cannot save the Bello-led government from damnation and perdition. The government of Bello should remove its corruption-ridden pulse off the Audu political family so that it can face and tackle the gargantuan case of financial mismanagement against it.

“The great Kwankwasiyya Movement has no knot to tie with a puerile political family that celebrates its achievements (if any) on social media and glories in hungry urchins whose social media services it buys at so cheap a cost.

“The Kogi Kwankwasiyya Movement and Prince Abubakar Audu Political Family hereby warn the Bello-led government to cease and desist from its incapacitated media propaganda and be prepared for an ignominious defeat at the polls come November 2, 2019.” 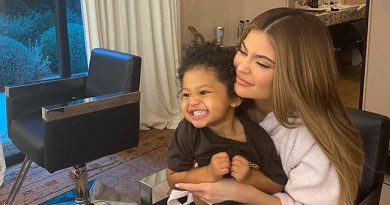