The company, which sells Coca-Cola drinks in 28 countries mostly in Europe, said net sales revenue rose to 1.41 billion euros ($1.58 billion) in the quarter, from 1.35 billion euros a year earlier.

Volumes in Nigeria expanded by mid-single digits with stable volumes in sparkling drinks and strong volume growth in still drinks, including water and juices.

Cola HBC had warned earlier this year that an expected economic slowdown in several of its markets is likely to crimp consumer spending in its “established” and “developing” markets segments, which together comprised 48 percent of its volumes last year.

The company also proposed a special dividend of 2 euros per share.

U.S.-based Coca-Cola Co’s general business model is to sell syrup to a network of franchise bottlers in different markets who do the heavy lifting of bottling and delivering the drinks. Coca-Cola Co owns a 23.26 percent stake in Coca-Cola HBC, according to Refinitiv Eikon data. ($1 = 0.8932 euros) (Reporting by Tanishaa Nadkar and Noor Zainab Hussain in Bengaluru; editing by Gopakumar Warrier) 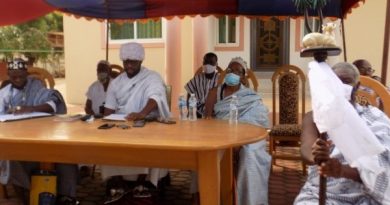 Nigeria 2019: A Long Wait To Vote By Comrade Muhammed Adoke