I can recollect being depresses thinking of writing on the theme of the 2019 Earth Day –  Protect Our Species – that is out of sync with everyday reality in Nigeria. I couldn’t, therefore, in good conscience devote hours writing about the protection of animal species for a society where human lives have been so diminished that it now appears worthless.

Buhari’s administration’s failure to reign in on the perpetrators of heinous crimes across Nigeria is depressing. More depressing though is the fact that Nigerians, by our actions and inactions are tactically supporting flimsy reasons for taking human lives.

From the political class that hire thugs to kill opponents; the bandits, kidnappers and “killer herdsmen” that kill at will; the mob and onlookers that stone a suspected petty thief to death and ethnic warlords that burn and kill for every little communal dispute, our cultural orientation appears to permit killing without a good reason.

Yet, the 1999 Constitution of Nigeria (as amended) Section 14 (2b) states that the welfare and security of the citizens shall be the primary purpose of government. Despite this, thousands of Nigerians are maimed and killed by official security operatives tasked with protecting us, armed bandits, kidnappers, politicians, and mobs. As such the daily lives of Nigerians over the past decades have been “nasty, brutish, and short.”

In the last two election cycles, the number of Nigerians killed during campaigns and post-election violence was more than 1000. The modus operandi of an ordinary election, a civic duty, is conducted under an atmosphere of sheer brutality. Does that set the standard for bandits, cultists, the armed militia of different ethnicities, kidnappers and killer herdsmen? Why are Nigerians not genuinely worried about the diminished value of human life?

Missing from the discussion of the diminished value of human life, but unquestionably the most important factor is, why are Nigerians culturally predisposed to kill each other with ease?

When the mother goat breaks into the yam store, her kid watches her. What does a society that celebrates political monsters like governor Wike and Rotimi Amaechi that use deadly thugs to maim and kill civilians expect from cultists in Port Harcourt?

The questions for all of us are; why have we accepted, wittingly and unwittingly, violent acts that are contributing to the widespread killings across Nigeria?  What does a society that uses weapons such as stones, blocks, iron rods and other objects to kill during mob action or those that stand by and watch expect from the crude Nigerian police and criminal elements amongst them?

Unfortunately, many Nigerians have allowed the proponents of mob action to convince us that taking the laws into our hands by killing petty robbers is not a big deal and certainly is better than handing them to the police.

But, if the petty thief were to be a politician say, Tinubu, Ike Ekweremadu, Saraki or governor Ganduje that stole billions of Naira, the mob would cheer and beg them to “settle the boys.’ They will not organize a mob to kill. So, while the poor and powerless civilians are the frequent targets of lynch mobs, thieves, masquerading as politicians are celebrated.

The benefits of capital punishment by way of mob action be it in sporadic community vigilantism are illusory. But, the bloodshed and the resulting destruction of community decency are real. It is this destruction of decency that worries me whenever I see Nigerians shearing (celebrating) images of fellow citizens mutilated and sometimes with heads chopped off.

A society that respects life does not deliberately kill human beings nor do they rejoice in the killing of fellow citizens.  A society that endorses killing to show that stealing is wrong as was the case in the days Bakassi Boys were chopping of heads of suspected criminals in Aba, Onitsha and surrounding towns diminishes the value of human lives. That was the worst possible example to set for the citizenry, especially children.

We behave per what society teaches us. Citizens, who from childhood, grew up observing public and barbaric execution sees such violent spectacle as normal.

We, therefore, have a choice as Nigerians: we can either continue killing each other or we can begin to value the sanctity of human lives. When we devalue the life of a petty thief or a political thug killed in election violence, we devalue our own life.

The Nigerian government must do everything in its power to protect and advance a culture of life rather than making excuses for their failure to observe their constitutional duties. But even when we don’t have confidence in the state security and justice system, resorting to barbaric acts should not be the option.

That’s why a land disputes across Nigeria that is driving the loss of precious human lives, for example, should be seen as a diminishing of the value of human lives.

It takes more effort to forgive and resolve conflicts than to kill. The community leaders of different ethnicities that have transformed villages to “war zones” across Nigerian; should, therefore, be reminded that peace requires hard work.

The defense of the dignity and value of human life is worth fighting for and dying for. Nigerians must work together and stop resorting to unwarranted violent acts of killing as a means of settling every dispute. 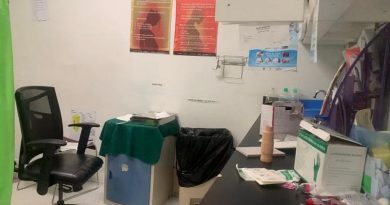