LONDON, May 2 (Reuters) – Nigerian state oil company NNPC said that 132 companies had bid for the right to swap the nation’s crude oil for fuels as a tender for the deals closed on Thursday.

The tender for the one-year contracts, dubbed direct sale, direct-purchase (DSDP), was issued in March. NNPC extended the 2018 contracts through June of this year.

Nigeria is almost entirely reliant on imported fuel due to years of neglect at its own refineries. It has leaned heavily on the swap arrangements to get fuel, particularly gasoline, as other would-be importers struggle to make money due to price caps.

Since the scheme was introduced in 2016, replacing another programme that paid subsidies to importers, NNPC managing director Maikanti Baru said it had saved the nation $2.2 billion and supplied some 90 percent of its import requirements. [bit.ly/2ZJLv7w ] (Reporting by Alexis Akwagyiram, additional reporting by Camillus Eboh, writing by Libby George, editing by Alexander Smith) 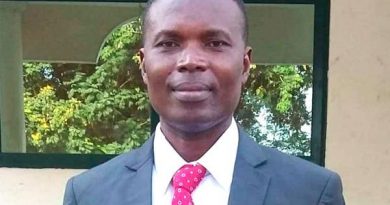 How can I protect my personal information?

For Daring Us, We Will Launch Radio Biafra In Daura, IPOB Tells Buhari