LAGOS, May 2 (Reuters) – Nigeria and Britain aim to deepen insurance sector ties and look into introducing naira-denominated instruments onto London’s financial market, the trade ministry in Abuja said, as Britain makes efforts to expand trade links with partners beyond the EU.

Thursday’s ministry statement followed a visit to Nigeria by British foreign minister Jeremy Hunt, on a week-long international tour to push for a greater UK diplomatic presence in Africa.

Advising Nigeria’s government to improve the investment climate, Hunt said that, with Britain planning to leave the European Union, now was a good time to focus on bilateral ties.

“The bilateral relationship can improve growth in both countries,” the ministry quoted him as saying. “Britain has a big pool of funds that could be tapped for investment in infrastructure in Nigeria.”

Africa represents 2 percent of British trade activity, with Nigeria accounting for a tenth of that, according to the trade ministry.

Britain’s government and parliament remain deadlocked over Brexit. Long scheduled for March 29, it was delayed last month until Oct. 31.

Nigeria’s economy is undergoing a fragile recovery from its worst recession in a generation, with dilapidated infrastructure and a legacy of corruption holding it back.

The two countries last year launched an economic development forum, which Nigerian trade minister Okechukwu Enelamah said would work towards improving the investment climate over the next six to 24 months. (Reporting by Chijioke Ohuocha; editing by John Stonestreet) 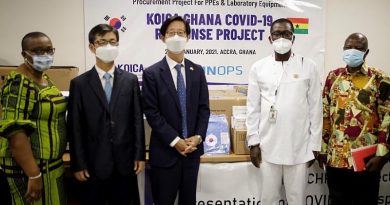 LIVE: Nigerian Government Knows The Problems Of The Country But Are Not Ready To Solve It

Thanks to Simone Biles, Former Olympic Gymnast Dominique Moceanu Is No Longer Afraid