I (male) have some feminine interests. I like wearing lingerie and painting my nails. It’s not a sexual thing, it’s just what makes me happy/comfortable.

My girlfriend knows about these quirks and she’s come around to being OK with them. Initially there was a lot of fear about my potentially being gay/trans though.

How should I address this concern with her while still showing her that I’m willing to try this?

Before we dive in, I want you to imagine you’re in your room by yourself, standing in front of the mirror looking at yourself wearing your favorite silky teddy or lacey bra set. Your nails are painted your favorite color, and you see them shine in the mirror’s reflection. How do you feel?

Now imagine walking away from the mirror, out of your room, out of your house, into the street. People are looking at you in your favorite lingerie set. How do you feel now? Is it any different than how you felt when you were alone?

You self-identify as a man, and this doesn’t change just because there’s a certain material draping your body, or a certain color glazed over your nails. It sounds like you’re clear on this, but worry that others won’t be, which is completely valid considering the cis-heteropatriarchal society we live in.

Gender is made up, and not only does society gender bodies, it genders actions, styles, and even objects! Let’s break down the contents of a bottle of nail polish — it’s a glass container filled with a bunch of acids and chemicals I can’t pronounce, coming together to make a new liquid substance. It’s basically a science kit, a beaker in a chemistry set — something that’s supposed to be “for boys,” so why is a bottle of nail polish, consisting of the same parts, “for girls”?

Maybe it’s the nail polish itself, but that’s impossible since men have been wearing nail polish since 3,200 BC. Warriors of Babylon would spend hours getting their nails done before going to battle, the darker the color, the higher the class. Somewhere along the way this ritual became a “girly” one, until 70’s counterculture brought it back. From Kurt Cobain to Iggy Pop, rock stars were pushing up against the hyper-masculine sex-idols they grew up with and didn’t want to embody. The 90’s goth scene also created a space for men to wear polish, and slowly we’re seeing a shift into its normalcy today. I mean, no one questions Brad Pitt’s manhood or Zac Efron’s, both seen wearing polish publicly.

And your silky night sets that feel so soft on your body? This “feminine” material was what initially opened trade routes between China and the Middle East and Europe, changing the course of history forever, as eventually novel items like gunpowder and paper were introduced to the west through these routes as well. The existence of modern western warfare owes itself entirely to the same material found on nightgowns and slips. There’s nothing implicitly feminine about it.

It makes me smile to read you owning your happiness and comfort, even if society has different ideas of what being a “man” means. You get to decide if you’re a man or not, and you get to decide what kind of man that is. Your interests in dressing up (dressing down?), don’t have to be “quirks”, they can be as much a part of you as you want them to be. No one tells a woman that her comfort in wearing jeans or pants is a quirk (although they once did — they could even go to jail for it). Society deems what’s okay and what’s not, but that doesn’t mean it’s right. It just means it’s made up.

You seem to be clear on who you are and what you like, but it seems like your fear of being misrepresented, and not being seen, looms large, particularly in regards to your intimate relationship with your girlfriend. The “fear” you express she initially had about your potentially being gay or trans makes sense in light of the messages she’s ingested from society — anything deviating from the strict constraints of toxic masculinity is seen as not being a man, and all of this begins to get a little more layered and complex when we start looking at what a woman’s worth to society, and to a man, is. Your girlfriend has been taught that her worth is her ability to make herself desirable to men, so imagine what it might feel like if she begins to question the man she’s dating might not desire her? She’s useless and worthless to him, and therefore society. She was probably scared, and projecting her own insecurities and lack of self worth onto you, which isn’t okay at all, but understandable.

It sounds like you two have been able to move past that together, and her expressing trying different sexual acts with you means she’s feeling comfortable and open to being vulnerable enough with you to share those things.

The same way we deconstructed gender around nail polish and silk, we can deconstruct a body cavity. A hole is a hole — it has no gender, until someone ascribes one to it. Pleasure is pleasure, and what feels good feels good. There’s no reason to say that doing this means you’re gay, especially if you’re a person who identifies as a man and you’re doing it with a person that identifies as woman. It doesn’t matter what you’re doing, it’s not going to be gay — but also, there is nothing wrong with being gay in the first place! There would be nothing wrong with you if you were gay, or trans, or anything else. There’s nothing wrong with you if you realize you’re any of those things in the future. There’s nothing wrong with anyone who identifies as any of those things. The only thing that’s wrong is the homophobic and transphobic and misogynistic culture we grew up in, and the ways in which we keep perpetuating it if we don’t take the time to self-reflect and do something about it.

Butt stuff has become much more mainstream and normalized in recent years thanks to pop and internet culture (thanks,” Broad City”!). Societal prescriptions to certain sexual acts are shifting because they can and do shift — it’s all made up, remember?

If your girlfriend wants to play try these techniques, and you want her to, go for it! What a fun way to explore something new together, and push your sexual boundaries in new ways that feel safe and comfortable. If you and your partner decide to go ahead and try, make sure to read the Best Sex Ever guide on safely preparing for butt stuff.

Before you do anything though, have a conversation with her. You wrote in for advice, so it’s clear you don’t feel safe enough with your girlfriend to engage in butt play yet, as she’s questioned your identity in the past. You deserve to feel seen and loved for all that you are, and all that you want to continue to explore about yourself. Communicate to her your fears, and share with her what you’re going through. Talk to her, and be open about why you feel the way you do. Share with her how excited you are to explore these new sexual experiences, and how happy you are that she feels safe enough to share her desires with you. She’s the one initiating this conversation, so it doesn’t sound like she has any hangups about your sexual, or even gender, identity anymore, but because of her reactions in the past, you fear that she might, and that’s totally valid. If she doesn’t get it, encourage her to do some reading on deconstructing gender on her own, and remember it isn’t your job to coach her through that process.

You are who you are and you like what you like, and you’ll never know who you could become, and what else you might really like, unless you give yourself permission to explore it. You can’t control your girlfriend’s reactions or what she’s okay with and what she’s not, and that’s her journey to navigate through, not yours. You can hold her hand through it by expressing what you feel with her, and creating a safe space for her to express what she needs, but that’s it.

I am so excited for you, and proud of the steps you are taking to not only be a better man for yourself, but for your girlfriend and society. We need more men like you, men who are not afraid to break down gender stereotypes, not afraid to reach out and ask for advice, and not afraid to have difficult conversations with those they love most.

Keep doing the work, and enjoy the process along the way (with lots of lube!) 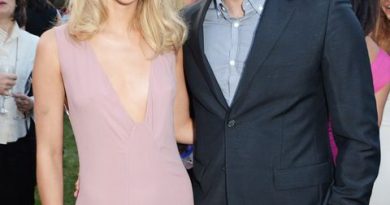 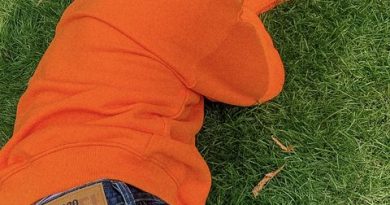 Donté Colley Is Exactly Who We Need in 2020

Sports journalist Gary Al-Smith of Joy FM has openly stated that he has COVID-19 . In a Facebook post on