LONDON, May 1 (Reuters) – Offer levels for heavy grades remained high on Wednesday as sellers sought to cash in on a global shortage due to reduced Iranian and Venezuelan exports.

* Exxon Mobil was offering a cargo of new Angolan grade Mostarda at dated Brent flat for loading May 24-25, traders said.

* Many Angolan grades tend be medium or heavy sweet but Mostarda is unusual with a higher sulphur content of 1 percent. It is produced at Total’s FPSO Kaombo Sul that started production in April.

* State firm Sonangol sold their cargo of June loading Mostarda to China. Total also has two June loading cargoes of Mostarda but it is not clear yet if they would keep the barrels or offer them.

* Less than 10 cargoes of Angolan were still available for June loading.

* About 15 May loading Nigerian cargoes remained. Offer levels on key grades were still high at dated Brent plus $2.50 and higher.

* A cargo of heavy, sweet Chadian Doba Blend was being offered at dated Brent plus $2.50 a barrel, a trader said, which was unusually high.

* Perenco sold a cargo of June-loading Congolese Djeno via tender to China’s Unipec. A cargo of heavy Yombo was also awarded but details of the winner did not immediately emerge.

* India’s IOC issued a tender for one cargo loading June 4-13, closing on Thursday.

* African countries coping with low commodity prices must do more to re-balance investment and sustainable debt, and they should also ramp up tax collection, the International Monetary Fund’s Africa chief said. (Reporting By Julia Payne; Editing by Kirsten Donovan) ))

COVID-19: Why number is still low in Nigeria — Delta Monarch 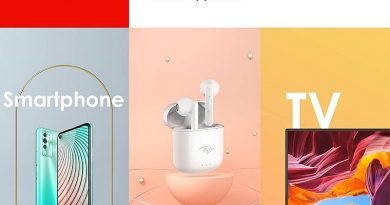