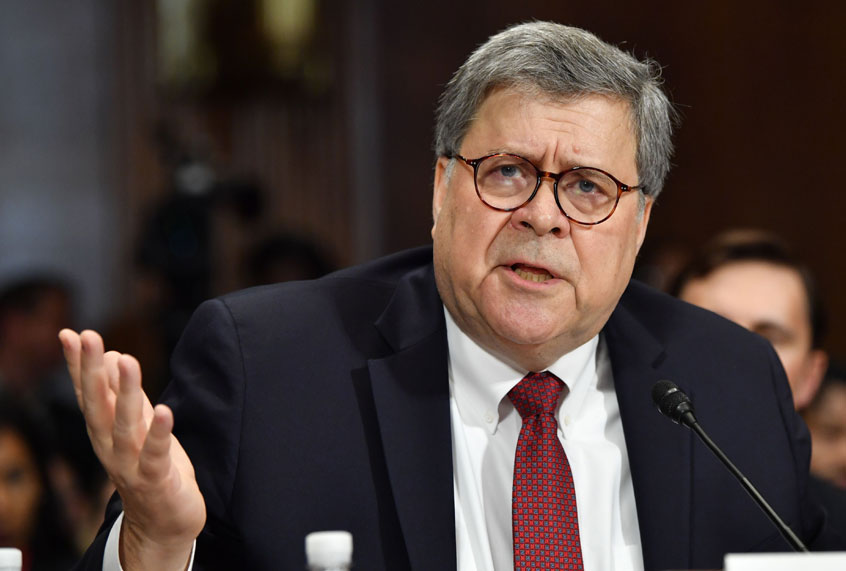 Shortly after Attorney General William Barr’s shameful attempts to spin the Mueller report mere hours before its release, Donald Trump tweeted — and pinned — a seemingly fan-created meme that read “Game Over” and repeated Trump’s mantra of “no obstruction” and “no collusion.”

This, unsurprisingly, turned out to be a lie. The report, compiled by special counsel Robert Mueller after his two-year investigation of the Trump campaign’s ties to a criminal Russian conspiracy to interfere with the 2016 election, showed significant collusion-flavored contacts with Russian agents, including seemingly failed efforts to engage in a criminal conspiracy, as well as repeated attempts by Trump to obstruct Mueller’s investigation.

In a truly dramatic twist, on the eve of Barr’s scheduled testimony before the Senate Judiciary Committee about Mueller’s investigation — and Barr’s sleazy efforts to spin it for Trump — someone leaked a copy to the Washington Post of a letter Mueller sent to Barr in late March, complaining about Barr minimizing the explosive nature of the investigation’s findings. As Salon’s Heather Digby Parton has noted, “this was a very big deal,” the buttoned-up Mueller’s equivalent of throwing Barr the finger in public.

In fact there are two letters and one reported phone call in which Mueller again resisted  Barr’s stonewalling and spinning of the report. This second letter was published by the New York Times during Wednesday morning’s hearing. That timing alone suggests that someone is very interested in interrupting Barr and Trump’s efforts to deceive the public.

Game, apparently, not over.

Barr, who clearly knows that Trump hired him for his skills as a cover-up artist rather than as a legitimate attorney general, seems determined to keep trying to deceive the American public about how serious Trump’s corruption is. His opening statement at the hearing was a marvel of mendacity, a true masterpiece in the art of using legalistic language to distort the truth beyond all recognition.

But after Barr finished reading his written statement, things started to go off the rails for Barr, as some of his past falsehoods in defense of Trump began to catch up to him.

As he has in the past, Barr tried to justify his efforts to imply that Trump has been exonerated by hiding behind the excuse that a prosecutor faces “a binary choice: either to commence or to decline prosecution,” and suggest that if it’s the latter choice, that’s the equivalent of finding a person innocent.

But this argument is fundamentally a lie, and Barr knows it. The Mueller report itself notes that due to Trump’s unique role as president, it would be better to adjudicate any potential crimes through “constitutional processes for addressing presidential misconduct” — i.e., impeachment — instead of a traditional indictment. Mueller also explicitly says the report “does not exonerate” Trump.

The rest of Barr’s remarks were in line with the spin he’s previously given to minimize Trump’s behavior. He focused on the lack of contact between the Trump campaign and official Russian government employees, while ignoring the extensive efforts to conspire through Russian cut-outs and unofficial agents. Barr claimed that evidence of obstruction of justice “was not sufficient” instead of admitting that he simply abused his own power by ignoring the evidence. He did not even acknowledge the 34 people who have been indicted, convicted or have pled guilty thanks to Mueller’s investigation.

Once the Democrats on the panel were able to get ahold of Barr, they did a strong job of exposing his cynical dishonesty. Sen. Patrick Leahy, D-Vt., in particular, went after the fact that in a previous hearing, Barr told Rep. Charlie Crist, D-Fla., that he hadn’t known that Mueller or his team were frustrated by his efforts to spin their findings before the report came out.

This, as Leahy and others pointed out, was flat-out false, as demonstrated by the letters someone has now leaked to the press showing that Mueller personally brought up his concerns to Barr. Caught in a lie, Barr dissembled and tried to split hairs, showing signs of nervousness he’s been much better at hiding in the past. Clearly, Democrats had him dead to rights: Barr had tried to pretend Mueller was fine with his efforts to minimize Trump’s corruption in the public’s eye. Mueller was very much not fine with it.

Indeed, dissembling and splitting hairs was the order of the day with Barr’s testimony, most hilariously when he tried to suggest that there was some theological distinction between Trump trying to “remove” Mueller from office and Trump simply trying to “fire” Mueller. Barr insisted that the imperceptible differences between the two justifies the claiming that the president didn’t obstruct justice.

This lie was so egregious that MSNBC broke from the hearing for a fact check.

“I’m not going to dance around this,” analyst Nicolle Wallace said. “He’s lying. He’s lying about what the Mueller report finds around one of the critical flashpoints in the obstruction investigation.”

MSNBC also broke in at another point, to make clear that Barr’s claim of “no collusion” is also false.

Barr’s efforts to play defense attorney were aided at Wednesday’s  hearing by the committee’s Republican majority, who climbed over each other to minimize, distort and outright falsify lie the Mueller report.

Of course, the panel’s GOP members would forcefully deny this. From the get-go, chairman Lindsey Graham, R-S.C., said “you can read for yourself” what is in the report, holding it up as a prop and insinuating that the Republican spin of “no collusion, no obstruction” was justified by its text.

Of course, Graham knows that the vast majority of Americans aren’t actually going to sit down and read a report that’s longer than your average airport bookstore novel. That’s what Republicans are counting on, since anyone who actually reads the full report will be floored by how much Trump campaign officials colluded with people connected to Vladimir Putin and the Russian government, as well as by Trump’s extensive efforts to obstruct the investigation.

Graham and other Republicans immediately shifted to their typical strategy: Throwing up a bunch of distractions and red herrings, trying to make this story seem so dauntingly complex that the public simply tunes out. Hillary Clinton’s email server, conspiracy theories about Christopher Steele’s dossier, anger that some FBI officials expressed their private dislike of Trump, complaints about Barack Obama not doing more to stop Russian interference — and complaints about Obama’s attempts to stop the interference — were all on full display from Republicans. Actual questions about Barr’s abuse of power on behalf of Trump, on the other hand, were notably absent.

Despite Barr’s continued message discipline, this hearing, at least before the lunch break, represented a real break with his previous efforts to exploit his authority to cover for Trump. Barr was visibly nervous and even tripped over his words at times, something that’s been rare in his unflappable, walrus-like public appearances. As Democrats continued to chase down the fact that Barr seems to have told fibs about his relationship with Mueller in the past, he seemed even more rattled.

This whole campaign to spin the Mueller report and bewilder the public is not going nearly as well as Republicans hoped. Even before Democrats caught Barr in a lie and caused him to engage in preposterous hair-splitting during, most of the public seems to be grasping that Barr is more like a fixer for Trump than a straight-up attorney general. Most Americans correctly believe that Mueller’s report did not clear Trump of wrongdoing, and nearly 60 percent think Trump is lying about his role in the matters under investigation.

The exception, unsurprisingly, is among Fox News viewers, who mostly gobble down the lies and spin being dished out by the Trump administration — or tell pollsters they do, anyway, because admitting they don’t care whether the president is a criminal is probably too uncomfortable to say out loud.

But despite the dense and complex nature of this investigation and all the hard-to-follow details, it seems that the public is catching onto the bottom line: The Mueller report paints a damning portrait, and no amount of spin can change that. Bill Barr is a practiced and skillful liar and fine-grained parser of the truth, but now the lies are starting to catch up with him. 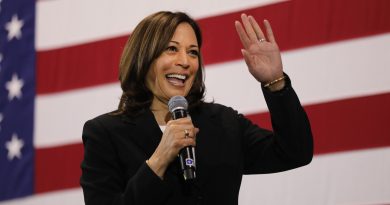 With a Historic Win, Kamala Harris Will Be the First Female Vice President of the United States

The Chief of Takoradi, Osahene Katakyie Busumakura III has praised the New Patriotic Party (NPP) Government for the massive infrastructural