Nigeria, the giant of Africa indeed!

As we celebrate another Workers’ Day on May 1, 2019, with more or less zero improvement from the last celebration of Workers’ Day, one must wonder what exactly the point of the celebration is for the average Nigerian worker.

It’s no new thing to us that Nigerian workers are poorly paid and overused by their employers. Interestingly, even for government workers, it is still struggling to receive salaries as and when due.

I weep for a nation whose President has a nonchalant attitude to matters arising and is careless about the state of which workers are poorly paid. Recently, the President of the Federal Republic of Nigeria signed the N30,000 new minimum wage bill into law. Sadly, that’s still yet to be acted upon as an average Nigerian worker still earns less than N30,000 monthly in the minimum. In some cases, there are workers who earn much less than N15,000 monthly. And now, the Nigerian Governors’ Forum talks of a possible recession!

It bothers me to see that the Labour Union of this country could fight for an N30,000 minimum wage in a country where poverty romances the average citizen.

Despite the poor pay of workers, it’s sad to know that most states in Nigeria still owe workers salaries. Series of reports have shown that state governments owe workers between two years, one year and six months of unpaid salaries, despite the fact that they are paid peanuts.

If the country’s workers will not be properly appreciated and still cry to the government for salaries to be paid, then it is only in order to say that there is no use celebrating Workers’ Day.

Nigerian workers should be properly treated! 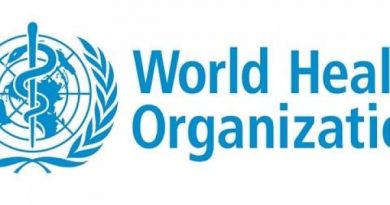 Behind our passion for advice: Better outcomes for everyone

Listen to article Madam Nancy Dado, a midwife working at the Akatsi municipal hospital in the Volta region has won