When the 92 models for the Dior Cruise 2020 show in Marrakech walked the runway for their rehearsal at 3pm, the temperature outside was 94°F. And they were in full makeup. Not ideal conditions for a look that was primarily focused on perfect skin. The trick to keep the foundation and concealer from melting off models in what was “violent” sun outside, according to makeup artist Peter Philips, was a layer of the new Dior Backstage Face & Body Primer launching in June. “It’s really lightweight with a gel texture and a bit of a blurring effect,” he said. “It also has a peach undertone so it doesn’t look grey on any skin tone.”

The makeup artist wasn’t always a primer user. “Sometimes primers aren’t compatible with your foundation because they’re so silicone-y,” Phillips said. “All the foundations I’ve used this with, it’s sympatico. I used it on myself today!” His one trick to applying it correctly, is to make sure it sets into skin before foundation goes on top. “I apply the primer with a foundation brush, then use a lip scrub or something, so that when that’s done the primer is nice and set,” he said.

The primer is sister to Dior Backstage Face & Body Foundation, which launched almost exactly a year ago when it debuted on Meghan Markle at her wedding (Dior makeup artist Daniel Martin was her makeup artist for the event). Though it’s literally the makeup of royalty, however, the Backstage range is one of the luxury brand’s most affordable—the primer is $36.

That said, the collection was essentially priceless to Phillips when it was being shipped overseas for the show for himself as well as the more than 30 makeup assistants on his team. “My assistant was working on it for a month; the embassies had to get involved,” the Belgian-based makeup artist said. “[Morocco] is a very hospitable country, so it worked out, but we only got the product here on Friday.” Close enough to deadline to really make a person sweat. 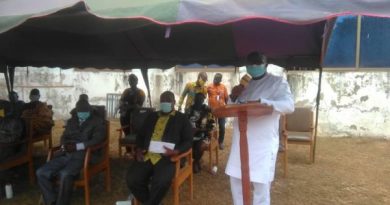 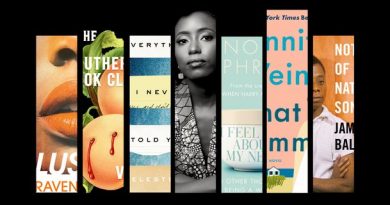 Believe me Within the NEXT 3days the Miracles that will shock you is about to happen in your life,
In Jesus Name!!!
Receive it!!!
Share3time ... See MoreSee Less

We are observing how things unfolds.

Y u say so bro

We are watching from a distance

WHO IS THAT POLITICAN THAT DOESN'T HAVE GATE IN HIS HOUSE