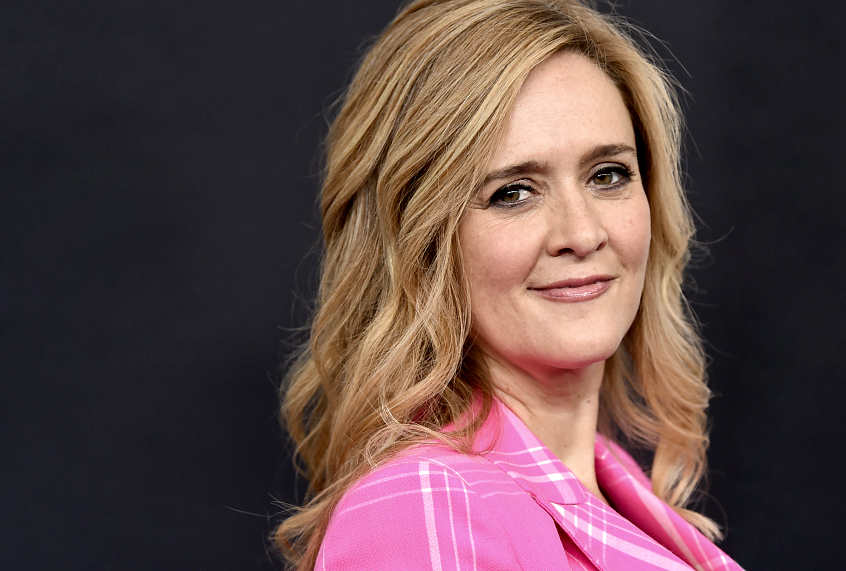 This past weekend marks the third year in a row Donald Trump has refused to attend the White House Correspondents’ Association Dinner (WHCAD), which honors the First Amendment, especially a free press, and typically includes a comedic roast of the president. Instead, Trump followed his own tradition of holding a rally where he took the opportunity to bash the press on the exact same night that our nation honors it. This year was different, though, because the WHCAD chose to feature a historian rather than a comedian as the main speaker, and because the administration announced days before the event it would completely boycott the celebration. There was reason to wonder whether these shifts might affect our longstanding tradition of roasting the president while celebrating the First Amendment.

Historically, making jokes about our sitting president while honoring our free press was an important reminder that our nation has one of the strongest free speech protections in the world. Not only did the event honor the way that the First Amendment protects journalists; but it also served to underscore the ways that it protects comedians. The fact that a comedian would roast the president to his face proved that our nation had an exceedingly strong commitment to free speech. So, the decision to remove a comedian from the event was cause for concern. Was Trump dismantling our ability to mock him without fear of reprisal? Had the Trump administration succeeded in chilling comedic free speech?

The decision to move away from having a comedian as a featured speaker came in the wake of fallout over Michelle Wolf’s appearance at it last year. While some of us found her roast to be sharp and ironic, for many in the mainstream media her comments targeting the appearance of Sarah Huckabee Sanders crossed a line. Chris Cillizza of CNN found this line about Sanders from Wolf’s speech to be an example of bullying: “I think she’s very resourceful, like she burns facts and then she uses that ash to create a perfect smoky eye. Maybe she’s born with it, maybe it’s lies.” The crack led many to say that “going after [Sanders’] looks” was too much, even though it isn’t clear that reading of the joke even makes sense.

In any case, both the White House and the news media thought Wolf had gone too of far. Thus, this year The White House Correspondents’ Association caved to pressure and decided to plan the event without a comedic roast of the president, choosing to tap historian Ron Chernow to keynote instead.

Well before Trump took office, some speculated that the WHCAD, sometimes referred to as “nerd prom,” had morphed into a love fest between the Washington power elite, celebrities, and journalists. The chummy, glitzy event seemed more like a celebration of U.S. oligarchy than the First Amendment.

There is much truth to that view, but it would be a mistake not to remember the various times that the event helped make history and reinforced our free speech traditions. Despite its flaws, it was the one event that underlined the connection between a free press and the ability to mock those in power without penalty. And in the past there have been truly epic nights. Recall Stephen Colbert’s extraordinary roast of George W. Bush in 2006 and Seth Meyers powerful roast of Trump in 2011—a roast some still think caused Trump to run. And we shouldn’t forget Hasan Minhaj’s 2017 roast during the first WHCAD that Trump skipped, where he reminded the audience that

“Only in America can a first-generation, Indian American Muslim kid get on the stage and make fun of the president. The orange man behind the Muslim ban. And it’s a sign to the rest of the world. It’s this amazing tradition that shows the entire world that even the president is not beyond the reach of the First Amendment.”

The administration boycott, the flagrant ways the President mocks our free press, and the WHCA surrendering to pressure, canceling a comedic presence, and choosing an anodyne speaker instead were not good signs. But luckily, there was another event that aired night.

Starting in 2017, satirical comedian Samantha Bee, who regularly hosts “Full Frontal” for TBS, launched an alternative event called the “Not the White House Correspondents’ Dinner.”  When it first launched, the same year Minhaj hosted the “main” event, it served as an important complement. This year, as the WHCAD became almost irrelevant, it proved that it may well take over the mantle of protecting free speech and making sure we can laugh at those in power.

When Bee announced the decision to host the event again she stated: “I vowed never to host a NWHCD ever again. But the White House Correspondents’ Association has left me no choice — it is now up to comedy journalists to take care of real journalists…. It’s bigger than just the Free Press this time around. This is about the non-sexy parts of the First Amendment too — and if the White House Correspondents’ Association won’t defend them, we will.”

Bee’s event offered the feisty, edgy, gloves-off comedy our nation needs in the Trump era. As Bee opened the event, she made her mission clear: “I really believe that once a year the current president should face someone who calls them out on their shit.” She then went on to say, “Tonight I want to focus on what a f**king coward he is. Imagine being the most powerful man in the world and you can’t listen to a comedian razz you for five minutes?”

She spared no words for Sarah Huckabee Sanders as well. Making it clear she would never make fun of her looks, an ironic nod to Michele Wolf from last year, Bee complemented Sanders on hair and skin to then say that on the inside, she is “as hideous as a pinworm in an anus. On the inside that woman is 90 percent taint. And I mean that medically.”

As Bee ended her opening monologue she explained that she wanted to put Trump at ease on the chance that he was watching “because Tucker Carlson had run out of racism.” She then turned to the camera and said, “Hey there champ. I know you are scared of being the butt of a joke, but we could try to fix that. …The next time you are feeling a little weak in the knees and aren’t sure how to face something scary. Maybe you can go down to the holding facility in Brownsville and ask a preschooler you’ve stolen from his parents for some pointers. You’ll be able to face big bullies like me in no time.”

In those few moments Bee did an excellent job of putting the hoopla over jokes into context. What exactly is the outrage over? A joke about Sanders’s eye makeup? Or an administration that separates young children refugees from their families?

In addition to performances from Bee, the “Not the White House Correspondents’ Association Dinner” event included skits from professors and critics on the flaws to thinking that the news needs to be “fair and balanced.” Even Robert De Niro, a vocal Trump critic, appeared at the event to say that he looked forward to “the exquisite release” of voting the president out of office in 2020.

Bee’s show was scathing satire and it proved that, even if Trump succeeds in intimidating those in the press, the comedians are ready and willing to fight for the First Amendment. It also showed us that the comedians may be better at responding to Trump’s bullying than the press may be.

While the press responds to Trump’s accusations of bias, often accommodating to him more than they should, the comedians refuse to entertain Trump’s snowflake hysterics. If there is one thing a comedian knows how to handle, it is how to make fun of someone who can’t take a joke.

Can “True Cost Accounting” tell us more than a price tag?