To be sure, Mrs. Buhari is looking for something edifying and lasting as legacy to immortalize her husband. Buhari’s presidency is still with us. This makes it difficult to draw sound judgments about its lasting legacy. While it’s hard to evaluate the future legacy of a president during his lifetime, history has proven that in the worst moments in the history of a nation, the nation gets her heroes. We’re in the worst time in our history. Buhari, from all indications, has failed woefully to rise to the occasion.

The present paints the picture of tomorrow. The sum total of policies and decisions of President Buhari and events taking place right now that shaped or strapped his administration will ultimately form his legacy. It is often said that Buhari has no ideology or vision. This is not true. His ideology and vision are embedded in Fulanization of Nigeria. Buhari’s rise to the presidency was shepherded by Bola Tinubu. Tinubu and other Yorubas by their own greed, fear, and fantasy of the Hausa-Fulani Cabal/hegemony-oligarchy have become so weak and wicked that they readily surrendered to the humiliation of Buhari’s inept leadership.

The true impacts and legacy of Buhari is not in naming a university after him, but in nepotism. Exemplary leadership made it possible for presidents who earned their places on monuments and currency. leadership that united a country. In Buhari, the herdsmen killers and Boko Haram terrorists see one of their own in Aso Rock. No wonder, Buhari’s lackadaisical and nonchalant attitude to the killings sponsored and perpetuated by the two terrorist groups.

Buhari carries nepotism like an ancestral talisman. Buhari is a nepotist who never hides his preference for the Hausa-Fulanis. Buhari’s vision of nepotism is to ensure that what other ethnic groups achieve with maximal effort, the Hausa-Fulanis achieve with minimal qualifications. Remember during his first term when Nigerians accused him of favoring his own by appointing them as heads of federal parastatals and agencies, he said he did so because those are the people he trusted.

The damage done to Buhari’s place in history is far more pronounced and permanent. Buhari’s legacy will be evaluated not just what he did, but also what he did not accomplish. The true impacts of many of his policies and decisions are clear. So far, the news is not good for Mr. Buhari. It was during his presidency that Nigeria was declared poverty capital of the world. Not that alone. Nigeria top the list of misery index of nations. His presidency will be remembered for corruption, poverty, hunger, misery, insecurity, ethnic clashes and violence, comatose healthcare system, dilapidated infrastructure, electricity, lopsided federal system, moribund education system. The list goes on.

Buhari has the unique opportunity to reform all the sectors and rewrite history, but as a spectator president, he’s satisfied to watch from the sidelines.

Buhari’s candidacy was buttressed and sold as a “man of integrity.” But his aloofness, distant, ineptitude, incompetence, insensitive, poor judgment, indecision, lack of foresight, lack of creativity and innovation, washed away all that’s left of his integrity. It is this consideration of “what might have been” that may be Buhari’s greatest obstacle to his legacy.

Living with purpose: Being intentional with our finances 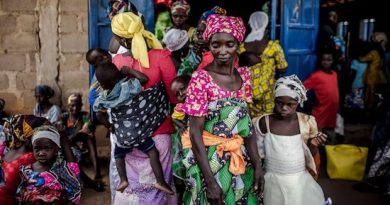