We, as a nation, have spent the last week rendering our garments, preparing to lose everyone we’ve ever cared about during tonight’s Game of Thrones episode. Most of it was so dark Twitter spent most of the first hour cracking jokes about the lighting (or lack of), because we couldn’t see what was happening or who was dying anyway.

Anyway, after over an hour of horrifying battle scenes, Game of Thrones gifted us with one of the most satisfying, epic moments yet: Arya Stark killing the Night King. Yes, our fiery, feisty, and fearsome Arya took down the King of the Dead!

The assassin spent most of the episode reminding us why we love her in the first place. After ensuring Sansa will be safe in the crypts and entrusting her with a weapon, she leaps into the frenzy atop the battlements and takes down wight after wight. Arya even inspires The Hound to shake himself out of his doldrums and get back to fighting. Melisandre appears to give her a much needed pep talk just as it seems all hope is lost, and sends her off to complete the most badass kill we’ve seen on this show in a long while. What do we say to death? NOT TODAY!

Below, some of the best tweets in honor of a real one.

Our Arya understands politics and we have to respect that.

Ayra has two wild nights, though for her I imagine “losing your virginity” ranks somewhat below “feeding an enemy his own son.”

It was looking pretty grim for a while there…

Christina Tucker
Christina Tucker is one half of the Unfriendly Black Hotties, a podcast about the intersection of race, gender, and sexuality in higher education, pop culture, and politics.
Comments
Share This Post: 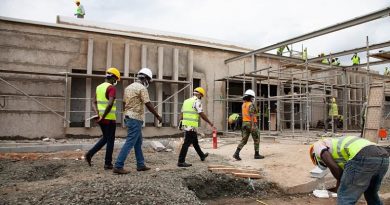 If after all the atrocities of the Fulanis in esan land, you're coming out to defend or denied a statement, it means esan people have been sold out to the Fulani. Very soon,when they are done with killing and kidnapping of esan people, they will start kidnapping the kings in esan land. That is when they will seat up. This is denier is sign of fear.

This country is finished 🙊🤔

Fear of presidency oooo. Are you supporting the killings in Ewu.

If the Kings are afraid to speak the truth and defend their people it means there is no hope anywhere.

Sell your people out to fulani for fear of throne

And he is even saying it out boldly.

The kings and traditional rulers are the traditional custodians of the forests. Let it be known to your Highnesses that it is your thrones that these so called herders are looking for.

I think the body language of Edo state governor concerning the insecurity of lives and property on the Benin-Auchi road is nonchalant and should be called to question, for a very long time this has persisted and the governor is not coming to condemn the act in strong terms or make on the site seeing visit yet every day we have a reoccurrence then we need to ask questions and all Esan leaders keeps mute because of what they stand to gain but if there are no more people in Esan I wonder who some of you would lead. On this note I call on Prince Joe Okojie, Arc. Dr Mike Onolemhenmhen, Chief Dr. Ikhimi, Senator Engr Clifford A. Ordia, Hon Chief Joe Edionwele, Hon Deacon Barr Sergious Ogun, Hon Marcus Onobun and all other Esan leaders to rise up to the occasion and condemn this barbaric and primitive act then follow up with actions enough is enough now. You can screenshot to your boss me I don’t have anything to loose. I would have loved to call on the deputy governor Rt Hon Philip Shuaibu but reports says his people are not much affected as most of them uses the Afemai transport system which these guys often don’t talk to because they’re fello Muslims ... See MoreSee Less

I do not mean to criticise my brother. Don't be offended. But I want us to stop calling on leaders. I have nothing against them either. But instead of calling on them, let us join hands with them by doing our own bit in any way we can. Calling on them and then folding our arms is never going to achieve results. We keep thinking they owe us, they don't. Many paid their dues pre-election and on election day. Must they keep being indebted? One day we will all agree to change how they are selected for election, then maybe they will start to feel a sense of indebtedness. We who vote have to also stop being so demanding. Also we are never satisfied. What ever these same leaders do is never enough. We continue to complain. None of them ever did anything for me and I hold brief for nobody but we must also tell ourselves the truth. Are there not many who have benefitted from them and still do? So it's a mix-mash of things done wrong over a long time that is now bedeviling us. We need to rethink and reconsider what we really want and what we need. Want and need being very distinct requirements. Will we do better if we were in their shoes? I don't know but I do know that we need a mindset reset. Finally, everybody needs to get involved with bringing forth fresh individuals to lead us. Those who never performed when given opportunity need to be kicked out with hard boots.

Wonderful! From Akumazi Umuocha Secondary School? This is impressive and amazing. CONGRATULATIONS.

Very brilliant, more grace & power to ur forge ahead in Jesus mighty name

See you in September: Critical labor market test ahead