(Updates with nationalities of kidnapped workers)

YENAGOA, Nigeria, April 28 (Reuters) – Gunman kidnapped three oil workers from Canada, Scotland and Nigeria at a rig in Nigeria’s Delta region on Saturday, officials said – the second abduction in the area in less than a week.

The attackers raided the rig owned by Niger Delta Petroleum Resources in Ogbele, Rivers State at around 8 a.m. (0700 GMT), the spokesman for the area’s military operations, Major Ibrahim Abubakar, said.

Troops were searching surrounding swamps, he added. State police said they had stepped up security on an east-west road where armed men had attacked civilians in recent weeks.

The Niger Delta produces the bulk of Nigeria’s crude. It has been plagued by criminal gangs and by armed groups demanding a greater share of oil revenues for the region.

On Thursday, two Royal Dutch Shell oil workers were kidnapped and their police escorts killed in Rivers State while returning from a trip. (Reporting by Tife Owolabi in Yenagoa; Additional reporting by Anamesere Igboeroteonwu in Onitsha and Alexis Akwagyiram in Lagos; Writing by Libby George; Editing by Andrew Heavens) 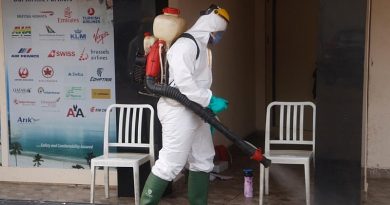 Yes, you are right.

E don be for us who are very far from home and rearly ever met them.All sisters married Esan men but me neva one oh

But they don't allow second wife to stay.