YENAGOA/LAGOS, April 28 (Reuters) – Gunman kidnapped two foreign workers from an oil rig in Nigeria’s Delta region on Saturday, the military said – the second abduction there in less than a week.

The attackers raided the rig owned by Niger Delta Petroleum Resources at around 8 a.m. (0700 GMT), the spokesman for the area’s military operations, Major Ibrahim Abubakar, said.

The Niger Delta produces the bulk of Nigeria’s crude. It has been plagued by criminal gangs and by armed groups demanding a greater share of oil revenues.

On Thursday, two Royal Dutch Shell oil workers were kidnapped and their police escorts killed in Rivers State while returning from a trip. (Reporting By Tife Owolabi in Yenagoa and Alexis Akwagyiram in Lagos, writing by Libby George; Editing by Andrew Heavens)

Nigeria’s Attorney General Malami Made It Clear Anyone Including Adeboye, Others Would Face Prosecution For Violating Twitter Ban—Lai Mohammed 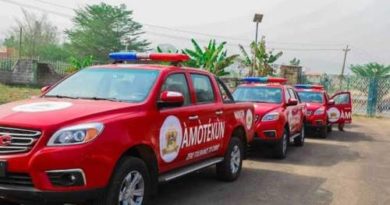 11 of 33 ‘fake’ National Security operatives miss out on bail