The workers were in Rivers State, returning from an official trip to Bayelsa state, when they were attacked.

“The Shell Petroleum Development Company of Nigeria Limited (SPDC) regrets to confirm the attack on its staff and government security escort at Rumuji, Rivers State, on the East/West road on Thursday, April 25, 2019 around 16:00 hours,” an SPDC spokesman said.

“We are supporting the police in their investigation of the incident. We cannot make further comments at this time.”

A Rivers state police spokesman said that efforts were underway to rescue the workers. (Reporting By Tife Owolabi in Yenagoa; additional reporting and writing by Libby George in London; editing by Chris Reese) 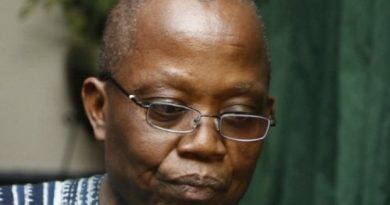 Rawlings was ‘an emblem of freedom, hope and inspiration’ – Commonwealth Secretary-General

The Secretary-General of the Commonwealth, Baroness Patricia Scotland has described late former President Jerry John Rawlings, as “an emblem of

What Dakota Johnson and Chris Martin’s Relationship is Like, 3 Years Into Dating

China eradicated COVID-19 within months. Why won’t America learn from them?