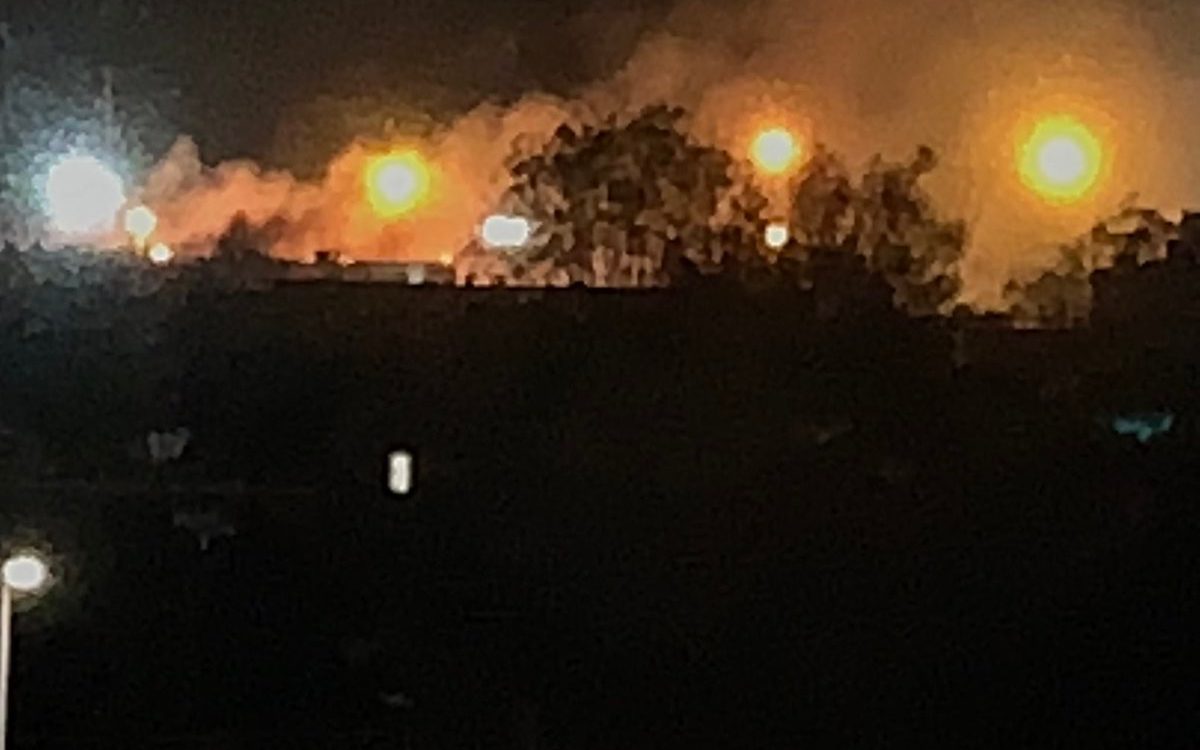 An MP has raised safety concerns at the Tata steelworks in Port Talbot, the largest of its kind in Britain, after two people were injured in an explosion.

Mr Kinnock tweeted: “This incident raises real concerns about safety at the works. It could have been a lot worse. Grateful as always to the emergency services for their rapid and effective response. ⁦@TataSteelEurope⁩ must conduct a full review, to improve safety.”

Tata Steel confirmed an investigation had been launched following the explosion, which it said was caused following a “spillage of liquid iron” as it was being transported to the site.

The explosion caused several fires to break out as neighbours living near the steelworks reported their homes shook as a result of the blast. Several bright flashes could be seen in video purported to be of the incident shared online.

“Emergency services remain on scene but we have had confirmation that all members of staff are accounted for and there are only two casualties with minor injuries,” the force said.

“Early indications are that the seat of the explosion was a train which carries molten metal into the works. The explosion caused some small fires which are all under control and damage to some buildings on the site.

South Wales Police are aware of an incident in TATA Steelworks, Port Talbot. Emergency services are in attendance and further information will be released shortly. Thank you for your patience.

“South West Fire and Rescue Service have informed us there is no need for concerns re hazardous effects from the smoke from the fire. The motorway remains open.”

Emergency services including paramedics and firefighters rushed to the complex after 999 calls began to stream in at around 3.35am.

Eyewitness Lance Davies told Sky News: “It sounded like thunder, and that’s what woke me up.

“Then I heard one explosion, and that drew my attention to the window, so I went outside the window and there were another two explosions.

“It was a massive bubble of orange flame and a big cloud of smoke like a mushroom.”

One local resident tweeted: “There was just a big explosion from port Talbot steelworks that just shook the house, hoping no one was hurt.”

Police have urged locals to avoid the area.

Tata Steel tweeted: “We can confirm two of our employees were slightly injured when there was a spillage of liquid iron while it was travelling to the steel plant. All fires have now been extinguished. A full investigation has begun.”

The National Police Air Service’s St Athan wing confirmed a helicopter had been scrambled to the scene.

It was also not true that three million Ghanaians would be infected with the novel Coronavirus, according to Presidential Advisor