Kendall Jenner is aware that she is the only Kardashian-Jenner child to not have a baby yet. She’s joked about it on Instagram before, and she’ll joke about it again. This time, Jenner posted the first (almost) full family photo of everyone this year. Rob Kardashian and Dream Kardashian were the only two missing. She captioned it with a heart but then added a meme in the second slide of her post. “Pregnancy is in the air. Me:,” it reads above a photo of someone with a poncho over their face.

This joke really resonated with her friend Hailey Baldwin, who’s been subject to frequent pregnancy rumors since marrying Justin Bieber in November despite her saying repeatedly in interviews that starting a family is not part of her immediate plans. “AHHHAHAHAAA exactly,” Baldwin wrote in Jenner’s comments.

Jenner was not part of last year’s Kardashian Christmas card. Her sister Khloé Kardashian explained to a fan in December that Jenner decided to skip posing in the card. “She was at the shoot and she chose not to be in the picture because she thought it was cuter that it was just the babies and the mommies,” Khloé explained.

She told Del Rey that yes, it was a little weird that her younger sister Kylie Jenner had a baby before her, at age 20. “It’s obviously a bit weird that your little sister is having a baby before you. I didn’t expect it to happen like this. But it’s beautiful,” she said, admitting that it has made Kylie generally more loving toward her.

Jenner has spoken before about how she is in no rush to become a Kardashian-Jenner mom. “I still have years that I want to spend for myself for a little while, but more power to [Kylie], man, she is built for this, she is an incredible mom,” Jenner told People in July 2018 at an event. “There are parts of me that go in and out of [wanting a baby], but I am so okay right now just to live my life. Maybe I’ll have a kid in a couple of years…” 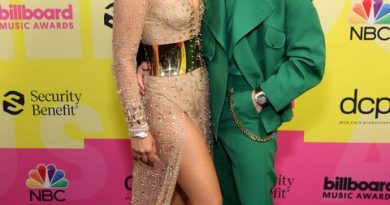 Trump abruptly blocks U.S. from appointing anyone to UN committee on racism