President Buhari commissioned a N15bn New central hospital built under the stewardship of Comrade Adams Oshiomole in November 2016. The hospital has neither recorded any out-patient nor admitted any in-patient in over 28 months as the building plays host only to rodents and reptiles.

Can we say that the acclaimed comrade cleverly executed the project as a decoy to defraud Edo state and deny the people access to good health facilities, a situation that may have led to hundreds of avoidable deaths.”?

Mr President proceeded to Kaduna and commissioned Kaduna Dry Port in January 2018 even when rail link and other cargo handling facilities were not in place, 14 months after, the port is yet to begin.

Mr President was in Lagos March 2018 to Commission a bus stop a year after the bus stop has been brought to it’s lowest and it has never been put into use.

In January 2019, he commissioned the Baro River Port in Niger State knowing fully well that there are no sheds and port access road is not in place.

Mr President was in Lagos to commission Ayinke General Hospital which was 85% complete as at May 2015 say for equipment, but due to Messr Ambode vindictive nature, he cancelled and re-awarded the project to another contractor and this project went on for another 4yrs.

The saddest part of the whole narrative is that Mr President is in Lagos to Commission  Oshodi Interchange built with $70 million, this is a project which is not near completion and may be abandoned by the incoming Governor of Lagos, the same President is about to commission the International airport road which is far completion.

The whole of Nigeria is on lockdown. He has no antidote to anything other than sycophantic hailers on Facebook who themselves are facing similar hardship synonymous with every Nigerian.

Our Economy in disarray, corruption rife, Extreme Poverty at it’s highest,Unemployment at it’s peak,Armed bandits, Boko Haram and Herdsmen hold North-West, North East and North Central to the jugular in the process tens of thousands are dead and hundreds of thousands displaced and confined to the IDP Camps where Malnourishment, Sexual abuse is a norm, no access to medical care and a probability there may be a  mistaken ariel attack on their person.

The icing of the whole northern Siege is The Northern Clerics and Northern Elders who called out President Jonathan have all lost their voice.

Pockets of Herdsmen attack is being carried out in the South-West, South-East and South-South.

What a sad situation.

Why We Arrested Salihu Tanko-Yakasai—DSS 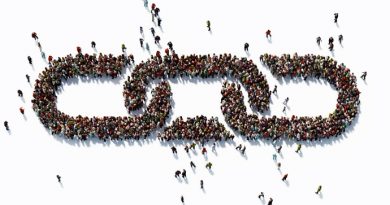 Climate Action: Richard Ellimah Calls For Incorporation Of  Technology In The ASM Sector

The Executive Director of the Center for Social Impact Studies (CESiS), Mr. Richard Kojo Ellimah has called on operators in