Walter Onnoghen’s nearly 100-day suspense-packed thriller with the Code of Conduct Tribunal finally came to a conclusion on April 18 2019. He was found him guilty of not declaring some of his assets and removed as the Chief Judge of Nigeria. The tribunal also barred him from holding public office for ten years and recommended the forfeiture to the government of the monies in the accounts which he did not declare to the Code of Conduct Bureau as he should. The former Chief Justice of Nigeria has already filed notice of appeal. It is not unlikely that the case may be ultimately decided by the Supreme Court.

One, contrary to the belief that the CCT, as an arm of the executive, does the bidding of the latter, it had actually in the past taken some bold decisions and judgements that were against the interest of the presidency, suggesting that it either has a measure of autonomy or is fearless. For instance in June 2017, a two-man panel of CCT judges headed by its Chairman Danladi Umar, discharged and acquitted Senate President  Dr Bukola Saraki of all the 18 charges of false asset declaration and other related offences preferred against him. This came as a surprise to many, given the fact that the federal government and the APC leadership never hid their desire to get Saraki out of the Senate leadership by any means possible. Saraki had also engaged in public spat with Danladi Umar. In fact after his acquittal by the CCT, the Special Assistant to the President on Prosecution, Mr. Okoi Obono-Obla reportedly wondered why the CCT dismissed the weight of “overwhelming evidence” against Saraki and described the acquittal as “travesty of justice”. Following from this, it can be assumed that the CCT, though an arm of the executive, does not always rubberstamp the wishes of the executive. This fact is important in the discussion of the trial and conviction of Onnoghen.

Two, while the CCT had shown courage and a level of autonomy in the past, there are at least six grounds that seemed to lend credence to allegations that the tribunal was doing a hatchet job for the presidency: (a) the petition against Onnoghen was written by one Dennis Aghanya, who was Buhari’s aide between 2009 and 2011 and also the pioneer national publicity secretary of Buhari’s Congress for Progressive Change (CPC). Aghana is the executive Secretary of the Anti-Corruption and Research Based Data Initiative (ARDI), a self-proclaimed civil society group that petitioned the Code of Conduct Bureau (CCB) about Onnoghen’s alleged non-declaration of assets. (b) In a speed rarely seen in Nigeria’s public service, ARDI’s petition was received at the CCB on January 9 2019, and on January 11 2019 officials of the CCB confronted Onnoghen with the allegations. (c) The way the ex parte order for Onnoghen’s suspension was ‘procured’ appeared dubious, and was allegedly on the prompting of the federal government. (d) During Onnoghen’s trial, Awwal Yakassai, a prosecution witness, admitted that the two assets declaration forms submitted in 2016 by Onnoghen had not even been verified by the Code of Conduct Bureau (CCB) as required by law, meaning that the CCB could not have recommended his trial to CCT as required by law.  It also turned out that the amounts of money he was said to have in the undeclared accounts (which by the way were domiciliary, and not foreign accounts as reported) were grossly exaggerated and not something someone of his standing could not afford to have. Despite the weight of these evidences, the CCT declined Onnoghen’s request to file a no case submission. This objection was one of Onnoghen’s appeals that were still pending at the time the CCT convicted him. In fact four of his five appeals were for inexplicable reasons still pending at the time of his conviction by the CCT. (e)  The CCT insisted it had jurisdiction in the case despite the Nganjiwa vs FRN case in 2019 where the Court of Appeal held that trial of judicial officers would first be by the Nigerian Judicial Council – a position affirmed by the CCT itself in 2017 in the Nguta v FRN case.  CCT claimed it was trying Onnoghen as a public official, not as an officer of the judiciary. This line of reasoning, if it holds, will potentially mean the side-lining of the Nigerian Judicial Council in the trial of judicial officers since all judicial officers are also public officials. (f) Three separate High Court interim injunctions as well as another interim injunction by the National Industrial Court were ignored by the CCT.

Three, beyond the judgment, is the government’s apparent insensitivity to its environment and possible perceptions of its actions and policy options by different publics. Since people’s perceptions constitute their reality, managing the optics of any policy choice, may be even more important than the intendment of the policy, however noble or altruistic. The government simply seemed not to care, making the issue assume several dimensions and feed many conspiracy theories.  First Onnoghen’s tussle with the CCT started in early January 2019 – only weeks to the 2019 elections. This made the opposition to link his removal to a desire by the government to get a pliant CJN who would favour it in the constitution of the election petition panels. Following from this, it quickly appropriated Onnoghen and became his chief defender – which paradoxically also hardened the resolve of his traducers. Second, after Onnoghen’s suspension, Buhari who is routinely accused in the South of clannishness, and of favouring the Muslim North in strategic appointments, did nothing to change that perception in his decision to appoint Mohammed Tanko, a Muslim from Bauchi State, as the Acting Chief Judge. Third, there was also a South-south victimization angle to it: it should be recalled that Buhari dragged his feet in making Onnoghen the substantive CJN. It was only when he was away on medical treatment in the UK that Osinbajo got him confirmed as the substantive CJN. In September 2018, Buhari had removed Matthew Seiyefa from the south-south, who was appointed by the then Acting President Yemi Osibanjo, as Acting Director of the DSS following the sacking of Lawal Daura by Osinbajo on August 7 2018. Buhari replaced him with Yusuf Magaji Bichi. Fourth, there was also North-South spin to the Onnoghen issue. Many critics from the South were quick to remark that the removal of Onnoghen as the CJN was only the second time in the country’s history that such would happen, and that in both cases the judges affected are from the South, and removed by leaders from the North: the first time was in August 1975 when Murtala Muhammed controversially sacked Taslim Elias as the CJN. However unlike in the Onnoghen case, Elias was not subjected to any criminal trial. Rather the military government of Murtala Muhammed showed some sensitivity in the face of outcries against his removal and sought to make amends by promoting his election to the International Court of Justice (ICJ) at the Hague two months later. Fifth, religious card was equally played during the Onnoghen case. For instance the National Christian Elders Forum said Onnoghen’s removal was a ‘jihad against Christians’ which it claimed started with the removal of General Gowon from power in 1975. In response, the Muslim Rights Concern (MURIC) accused the NCEF of turning logic on its head.

Based on the above, it is clear that from nation-building perspective, the government’s management of the Onnoghen case was simply a complete disaster.

Five, I agree with the Nigerian Judicial Council that Onnoghen has become too controversial for the exalted position of CJN and should be retired with full benefits – once (and if) he is able to use the courts to clear his name. I equally believe that the circumstances in which Mohamed Tanko was appointed Acting Chief Judge creates a legitimacy issue for him. He should step aside. Beyond these, the government should do far more to clean up the mess it created in the first instance. 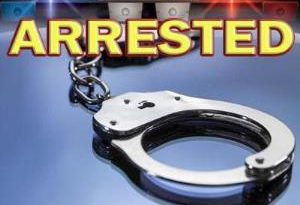