LONDON, April 24 (Reuters) – Angolan grades for June loading were being sold at a substantial mark-up compared with last month, supported by a global shortage of medium-heavy grades suitable for refining into middle distillates such as jet fuel.

Nigerian crude for May loading was clearing, but at prices far below offers.

* Angola issued an unusually short programme for June loading of only 38 cargoes because of a maintenance shutdown at the Saturno field during June and issues affecting the Girassol stream.

* The shortage, combined with a shortage in Venezuelan and Iranian crude because of U.S. sanctions, has created a gap in the market for heavy to medium oil, pushing up demand for Angolan.

* State oil company Sonangol has sold out of its three spot cargoes — Saturno, Gimboa and Dalia. The Dalia cargo was heard to have sold at an all-time-high about $2 above dated Brent and the Saturno at a premium of about $1.80 a barrel. The identity of the buyers was not immediately clear.

* The offer prices for major Angolan grades was heard to have been up by about a dollar from last month’s offers, with sellers seeking to capitalise on the sought-after grades.

* At least one of the state oil company’s term buyers is said to have declined to meet the marked-up price, prompting its sale as a spot cargo

* May-loading cargoes of Bonny Light and Qua Iboe were said to be selling for less than $2 above dated Brent, a major climb-down from offers as high as $2.50 a couple of weeks previously.

* Indonesia’s state-owned energy company Pertamina has bought its first cargo of U.S. crude oil, set to arrive at one of its refineries in June, a source said on Wednesday.

* The move could be another sign that abundant U.S. shale oil is putting pressure on comparable Nigerian grades worldwide.

* Exports of Nigeria’s four main crude oil grades are set to jump in June to 895,000 barrels per day (bpd) from 740,000 bpd in May, preliminary loading programmes show.

* Astron Energy in South Africa issued a tender for 14-16 June delivery to its Saldanha Bay port. The tender closes on Thursday.

* Uruguay’s ANCAP has issued a buy tender for July 1-6 arrival, set to close on Wednesday.

* Iran’s Supreme Leader Ayatollah Ali Khamenei on Wednesday said that the country can export as much oil as it needs as the United States prepares to end sanctions waivers it granted to some importers of Iranian crude. 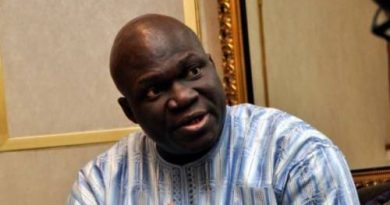 Coping With Coronanomics By Reuben Abati 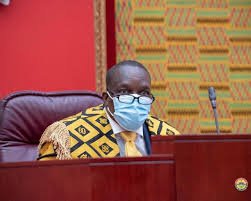 To ensure the lives of learners in Basic, Senior High Schools, Technical and Vocational schools as well Universities in the