LONDON, April 24 (Reuters) – Nigerian oil company Seplat said on Wednesday it had taken a final investment decision to develop gas fields in the country’s Imo state and would raise $700 million for the venture in partnership with state-owned NNPC.

Seplat Chairman and co-founder A.B.C Orjiako told Reuters during a visit to London a decision had been taken to develop the Assa north and Ohaji south gas fields. He said the company was deepening its operations in the sector.

The company, which has dual listings in Lagos and London , is focusing heavily on gas investments, drilling and acquisitions to boost its gross output with the aim of tapping into demand for electricity. It now supplies around 30 percent of the gas required for power generation in Nigeria.

In 2013, Nigeria, which is plagued by blackouts, started selling parts of its moribund state electricity firm in a privatisation aimed at improving power supplies and attracting billions of dollars in investments, neither of which happened.

Most of the plants sold in that privatisation were gas-fired, operating below capacity due to inadequate gas supply.

Orjiaku said Nigeria had one of the highest cost per kilowatt of power but it produces less than 10 percent of its requirement. The bulk of electricity produced comes from diesel generators which is expensive and unreliable.

Despite holding the top spot among Africa’s oil producers, Nigeria’s power generation and electricity grid are plagued by a lack of investment and poor infrastructure which leaves many people dependent on diesel generators.

Orjiaku said the sector could thrive once government relinquished its tight control on power generation. (Writing by Chijioke Ohuocha; editing by David Evans) 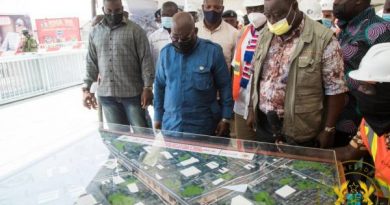 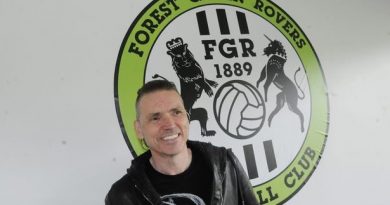 Late Professor Ambrose Alli attracted lecturers and staff from all over the world to then Bendel State University Ekpoma without recourse to ethnicity. He was after merit.

The present day Ambrose Alli University should not concentrate on ethnicity in choosing a VC. We need a VC that can encourage merit and bring in good things to the university.

Presently, AAU staff are not paid and daily expenses are choking them up. We need a VC that can improve the wellbeing of staff and students.
It does not matter if you are Esan or not. We do not want to copy ethnicity from Uniben or Auchipoly or any other institution.
Some Esan people are part of the retrogression in AAU Ekpoma.

I do not believe in ethnicity in educational institutions. We need a VC that can turn AAU around for good. We should not be preaching ethnicity. We should go for merit and good management.

I am proud product of Professor Ambrose Alli legacy. We do not need a VC pursuing selfish interest with the cooperation of some Esan people at the detriment of non payment of salaries. Hunger cannot identify ethnicity. ... See MoreSee Less

Absolutely right! No matter where the candidate comes from, the new appointment should be based on merit and the ability to deliver in matters of academe. Appointing a vice chacellor should be a no-go area for politicking!

The retrogression started from the day merit was denied.

Kudos, you said it all. BRAVO

I'm so proud of you

Kidnapping is both homegrown and Fulani based. Yahoo guys can do anything to maintain lifestyle. Uromi needs to be more vigilant and be your neighbour's keeper. Uromi is harbouring too many unknown sources of income from other places.