LONDON, April 23 (Reuters) – Angolan crude continued to sell swiftly on Tuesday on the back of a short programme while Nigerian programmes began to emerge showing ample supplies in June though force majeure on a Bonny Light pipeline that could crimp loadings.

* Total sold two cargoes via tender — a Dalia and a Pazflor — but price and buyer details did not immediately emerge.

* The unusual move to tender was prompted by scarce supplies and high demand. Angola’s June programme is the shortest in over a decade at a time when refiners are trying to replace Venezuelan crude and find oil that yields lower sulphur fuel oil ahead of new rules on shipping fuels next year.

* Angolan crude oil exports are set to plunge to 38 cargoes due to a shutdown for maintenance at the Saturno field during June and issues affecting the Girassol stream.

* State oil company Sonangol has sold out of its three spot cargoes — Saturno, Gimboa and Dalia — but buyer details and price did not immediately emerge. The Saturno had been indicated at $1.80 a barrel.

* Exports of Nigeria’s four main crude oil grades are set to jump in June to 895,000 barrels per day (bpd) from 740,000 bpd in May, according to preliminary loading programmes.

* The Nembe Creek Trunk Line that carries Bonny Light was shut down over the weekend due to a fire and operator Aiteo declared force majeure. However, exports were not immediately affected as the other main pipeline was still functioning.

* Uruguay’s ANCAP has issued a buy tender for July 1-6 arrival, it closes on Wednesday.

* Asia’s largest refiner Sinopec is set to receive its first U.S. crude oil cargo this week since halting imports from the country in September, two sources with knowledge of the matter said on Tuesday. (Reporting by Julia Payne Editing by Edmund Blair) )) 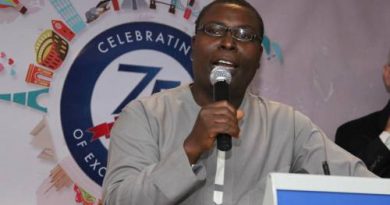 Can Nigeria Ever Be Redeemed And Made Great Without The Right Revolution? By Olanrewaju Osho