It’s amazing to think that four years ago, Nigerians were deep in the fray of politics and the opposition was chanting the change mantra. Since then, a lot has happened. Now that the APC ruling party has been in office for a full term, Nigerians are beating down the doors of government asking to see where the change is. As I, myself, reflect on where exactly that change is, I want to tell you a short story…

“…Some time ago, back when there was rabid fuel scarcity, I did something that I am not too proud of.

Driving with a low tank of fuel, I was forced to head to a fuel station. Arriving at the fuel station, I met an incredibly long queue, of which I joined. With the queue not moving and having been there for a while, I concluded that queuing at the station indefinitely was not an option I was willing to embrace. So, I decided to leave the queue and drive up to the station. As I approached the station, lots of young men offering black-market fuel approached me. I thought about obliging the black-market trade fleetingly, but eventually decided against it. I settled on cutting my losses, going home and sending a driver to join the queue instead. But then, a well-dressed middle-aged man approached my vehicle and asked if I wanted fuel from the station.

“Yes,” I replied without hesitation…“But the queue is too long. I will just go home and send a driver to join,” I said.

“I work at the station and I can let your car in to fill your tank now, now Ma… for a small amount,” Offered the man.

I understood perfectly what he was offering and, I must admit, it didn’t take me long to decide whether I was going to accept his offer or not. Yes, I was going to get the tank filled now!

I had justified the trade in my mind; you see… It had been a long, tiring day and I had fasted. And paying extra to jump the fuel queue may have been a form of injudiciousness, but it was one I felt I deserved at the time.

So, it was! I followed the man with my car and he led me into the fuel station through a separate entrance. After some motor acrobatics, I aligned my car with the fuel pump and within a few minutes, I had a full tank of fuel in my car. The whole operation took less than ten minutes.

Satisfied and smug, I drove out of the station. Feeling a little guilty and sorry for those I had bypassed on the fuel queue, I turned to look at them. That was when I made contact with a woman in the queue sat in the driver seat. She had three young children in the back seat. The kids looked like they were all under ten years old. The one that looked like the youngest was crying non-stop and the two elder kids seemed to be fighting. Between trying to console the younger child and trying to mediate the fight with the older children, she turned and looked at me. She had the most desperate, forlorn and tired look on her face. She was sweating and looked overwhelmed. That was when a large surge of disappointment followed by utter guilt hit me.

Thinking that I had dishonestly paid a bribe, jumped the queue and shortchanged law-abiding Nigerians, while a woman in her situation had done the right thing by following the queue, despite her circumstance, made me feel so bad, guilty and disgusted with myself. It was then that I had an “A-Ha moment’ about what the change, that so many Nigerians fought to have was. What it symbolized!”

…By God’s Grace, as I sit here and watch my fellow countrymen and women ask where exactly the change is, I am reminded of my misadventure that day in the fuel queue.  The question shouldn’t be ‘where’ the change is; it should be ‘what’ the change is.

So, when we speak of Nigeria’s urgency to see ‘change,’ whom do we expect that change to come from? The expectation for change has been fixated on the government. A long to-do list has been placed at the foot of the President. But in reality, the wind of change that ushered in a new government in the last election wasn’t so much about voting one man into office. It was about the need of a people to see a change in the very fabric and marrow of their country. And if that is what it was, then it includes every single one of us that considers ourselves a member of the collective known as Nigeria.

We live in a time when people speak about requests in terms of needs, needs in terms of rights, and rights in terms of entitlements. Government, and government alone, is thought compelled to provide the expected change. And while such an expectation may be valid, to a large extent, we have to refer to the very concept of responsibility and accountability when we speak of the mantra of change that Nigerians yearn for.

Indeed, our democracy has seen a nation’s call for change. Nigerians heeded and opted for that change. But our responsibility doesn’t stop after the inaugurations.

Responsibility doesn’t usually come from one single establishment or one union. Individuals in a family or a community bear the responsibility to care for its members, in the same way that the friends, neighbors, leaders and governments do.

Although we should all have expectations for the government to implement policies, which will make our existence as Nigerians more comfortable, we should be aware that we each have a role to play in that journey to change. Every single Nigerian has a role to play in actualizing change.

While government has a great responsibility to attain the parameters needed for us to grow and flourish, one must be realistic and keep in mind that government isn’t solely liable for taking care of every single one of us in our communities, neighborhoods and families. That obligation is the responsibility of every single one of us as participants in a variety of relationships and overlapping communities. One will intrinsically be indebted to fellow members by a shared principle, which unites their community and, as members of a shared community, we must rely on each other to attain common objectives. That would entail making claims upon each other as we collectively strive to satisfy the ideals our society struggles to actualize.

A government safety-net is there to make available, liberty, service and social justice, but it cannot give personal attention, on-the-ground instincts, or the flexibility sometimes required in an emergency situation. Governments’ responsibility and accountability has to be met by each of our communities and each one of us individually.

The fact that we are aware of government policies being put in place to effect the much-needed change may work to our disadvantage if we don’t value the social contract we have with each other and our communities. Because it may lead us each to relax our own social responsibility in the misleading belief that someone else is holding the forte.

As a nation, we are persons existing in a community, not self-standing individuals. People are not islands and we deny an important feature of our humanity once we approach it as such. Each of us shares some manner of link to one another; every one of us exists in a human society. Our actions have a domino effect on Nigeria and, thus, each have central moral obligations towards our collective.

Let us say that the government is able to achieve some of its main objectives in its change manifesto and I, as a part of this huge collective, continues to jump the fuel queue, as does the next person and the next person, then the expectation of change is incapacitated and untenable; purely because we didn’t play our part. It is like a big jigsaw puzzle and we each represent a piece of it. Any of the expectations we have towards government, as far as change goes, has got to start with us… each one of us.

If every single one of us, in our capacity as Nigerians, can make a change that will make Nigeria better, then we will see the change we so yearn for. If not, then it doesn’t matter what policies the government puts in place; there will never be change.

I don’t believe that change only comes in the form of a rescue package by government nicely wrapped in a bow. It no longer only means a list of executives with the exquisite cerebral capacity to make decisions to transform the economy. It is no longer who makes or doesn’t make the Ministerial, Ambassadorial or Executive lists. It is about each and every single one of us doing the right thing by making a change in an area that we know disadvantages the nation.

As long as we are talking about government responsibility to deliver change, we must also examine our own personal irresponsibility, which has an effect on that change. Besides government, we also have a collective responsibility to provide a better example so that those who come after us aren’t propelled toward bad choices or precedents.

While I am waiting to see the government finish putting into effect its policies of change, I’m determined never to jump a fuel queue or any other queue again, by the Will of The Almighty.

When it is clear that Nigeria will never change if we sever our desire for change at the threshold of government alone; when we know that our self-destructive behavior batters the mantra of change that Nigerians chanted for one year ago, is it not time we end our own personal unprogressive conduct?

The change that Nigeria desperately needs starts when I, Hannatu Musawa, don’t pay a bribe to jump the fuel queue. The change starts with every single one of us… and it must start now! 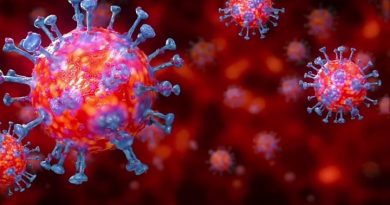 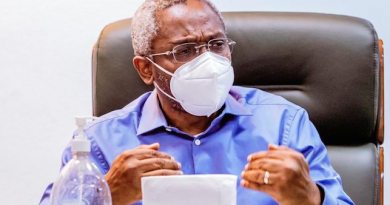