Professor Nelson Brambaifa, Acting Managing Director of the Niger Delta Development Commission (NDDC), has denied the claims that he has a political ambition to contest for elective position in Bayelsa State, saying he cannot play politics with the mandate handed to him by President Muhammad Buhari for the improvement of the Niger Delta region.

Brambaifa made this known during a call on him by Paramount Rulers and respected elders from across the state under the aegis of Bayelsa Elders Consultative Council.

He said his office, unlike that of a Governor, is not limited by any political association, adding: “I am not nursing any political ambition of whatever nature, therefore I have the zeal and will to only work for the improvement of the Niger Delta for which I was appointed by the President”.

According to a statement made available to newsmen by Igbeta Ayebakuro, the Special Adviser Media/Publicity to the Ag.MD/CEO NDDC, Brambaifa used the forum to urge the various Niger Delta governors to look beyond all political sentiments and join hands to bring development to the region/

“For me, I cannot play politics with his job of making the lives of the ordinary people better,” he said.

On the proposed development plan for the region, Brambaifa assured the people of Bayelsa, especially the dwellers of the interior axis of the state, that the Commission under his watch is poised to bring the much needed infrastructure and development to the state.

He assured the visitors that under his stewardship, Bayelsa will not take back seat even though he was sworn to provide even development of the region without sentiments.

He promised to ensure that because of their importance as economic hubs, and the associated capital involvement, the commission had ensured that the Yenagoa-Oporoama-Ekeowei road project, as well as the Nembe–Brass road projects, together with other viable projects, are all captured in its 2019 budget.

”These are very huge projects that are also capital-intensive that warrant the dedicated attention of the NDDC, if only the state government is willing to corporate with us,” he said.

“Also, the Commission has just recently provided various post-graduate scholarships for Bayelsans to study both within and outside of the shores of the country. In the same vein, to support the education in the region, this administration has concluded plans to rebuild and renovate dilapidated school buildings and provide such education support projects and Programmes as the Commission deem necessary within available resources from time to time.”

Brambaifa thanked the elders and rulers for the time in the meeting and promised to submit to their wise counsels in order to leave an indelible footprint as the most successful administration. 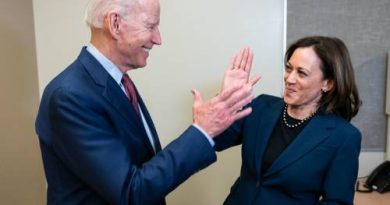 Victor VIRGILEGetty Images I think of sales like first marriages with prenups: Dip your toe into new experiences without emptying