As this college admissions scandal story continues to roll out, chatter about Lori Loughlin and Felicity Huffman, two of the most well-known names in the case, has not calmed down either. And it seems that other celebrities are considering what they would do should they be in this position—or at least Kim Kardashian is. Her answer? She wouldn’t put herself in this tricky scenario in the first place.

In a clip of the Van Jones Show obtained by E! News, Kardashian discussed her perspective on the college scandal.

“If they couldn’t get into a school—I would never want to use privilege to try to force them into a situation that they wouldn’t thrive in anyway,” she said. “So that’s where I just see that that is not appropriate. When you have so much accessible, so many things that are presented to you…I just, I want my kids to be kind, I want them to be as grounded as possible and to buy your way into something just wouldn’t benefit anybody.”

Kardashian, who is working toward becoming a lawyer, said she likes that her kids see her studying and working hard. “To me, having my kids see me studying, leaving and going into an office a few days a week, studying all the time, coming home. I have my backpack, they have their backpack; they’re studying, I’m studying. And them seeing that I have this filming career and I’m having makeup samples tested all over my arm while I’m trying read my flashcards and all of this stuff. I hope that they get inspired to know that they can put in the hard work and even know I’m in my late 30s and just finishing college or attempting to do that now, it’s never too late and there really is no easy way out.”

Meanwhile, Lori Loughlin is pleading not guilty after she and her husband, Mossimo Giannulli, were accused of paying $500,000 to get their daughters Olivia Jade and Isabella Rose into the University of Southern California. 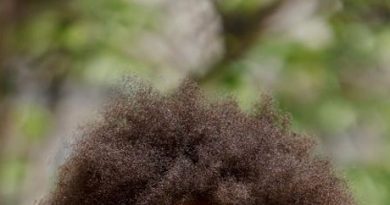 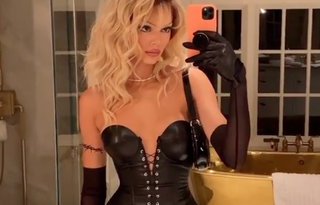 On Friday, Johnson & Johnson announced it will cease production on two lines of skin-lightening products from Neutrogena and Clean

At the Dior Cruise Runway Show, a Natural Beauty Look Fit For Zoom