Since SaharaReporters published his succinct piece on fuel subsidy removal three days ago, I have just read Etu Mohammed’s ‘Nigeria Needs To Remove Subsidy in 2019’.

I will start by saying that I had wanted to ignore the article given the fact that it follows the same pattern with which many pundits help the ruling class to build the prevailing idea overtime. But on reading Ibe Kachukwu-the petroleum minister saying the landing cost of fuel is now #180 and that he would resign in 2020 if local oil production do not start;  lies must not be allowed to be told often, else it turns to the “truth.”

“Letting markets determine the pump price of petrol in Nigeria would push it up to about N248-250 per litre from N145 per litre and it will oscillate with forces of demand and supply, but it will save Nigeria about N1.7 trillion in subsidies in 2019 alone.”

Lies can be made the official truth if one does not take the warnings of Joseph Goebbels.

The so-called subsidy that is being operated since 1999 is a commercial one. It is a subsidy of the importing not of the production of oil. If the Buhari government is sincere in subsidizing oil, the three refineries should be working effectively, reducing importation thereby reducing the subsidies paid to importers.

Also,the propaganda that Buhari is a welfarist and is not bowing to the forces of “demand and supply” is a calculated attempt at keeping the working people really deceived and ill-informed.

Nigeria is a big capitalist country operating critical neo-liberalism, the idea of transferring all public wealth to private pockets by all means possible. It is just that the move to full blown capitalism is being resisted for the past three decades since the Structural Adjustment Programme (SAP) that Babangida and Olu Falae forced on the country in the mid-80s. Workers under the aegis of Nigeria Labour Congress (NLC) and the Trade Union Congress (TUC) has held nine general strikes against “subsidy removal” since 1999 till date. This has made several SAP-renewed policies like NEEDS; SEEDS; and PPP being rejected by the masses.

So, the current government is only continuing what others have been doing since the mid-80s to be removing the welfarism in the economy and moving to full capitalism.

In other words, Nigeria has been operating state capitalism according to John Maynard Keynes since Independence until Babangida helped to change the economy to the gospels according to Kafka and Stieglitz.

Unlike Keynes who believe that capitalism can have human face and introduce some forms of welfarism to cushion the effects of the “greed and power” of business, Kafka and Stieglitz believes that “government has no business in business.”

So, the only aim of the Buhari government by inviting International Monetary Fund’s “Madam Gagool” Christine Lagarde, just like they did late 2015, to lie to us that removing subsidy on oil will help investment in welfarist angles like education; health; housing and other social infrastructures, is to increase fuel price.

So, they would then start some fake debates. Their pundits would then start writing as if reality is not teaching us all otherwise! Etu Mohammed and others should understand that it is never appealing to sanity to say that to stop borrowing,  we must stop subsidy. IMF is never against borrowing. They have just borrowed Ecuador millions of dollars as bait to arrest Julian Assange of Wikkileaks. What IMF is against is the loans from China!

Genuine interests in another Nigeria should reject the fuel price increase under whatever guise. We should tell Buhari government to nationalize the oil sector and put it in workers’ control instead of the so-called professional managers whose interests are to destroy public companies in order to justify the argument that government has no business in business. Even Saudi Arabia does not put its oil sector in private hands.

Given the current mass hunger and worsening hardship in the country, oil price should be reduced to #45. And with the billions that FIRS; customs; and many others are declaring as money made in 2018, there is more than enough money to fund budgets without borrowing. So, the lie that subsidy must be removed to stop borrowing should be told to the marines!

Workers, artisans, and youths should be uniting for a major battle. What Buhari government now want to do is the same thing Atiku Abubakar was shouting during the last campaigns  about selling NNPC.

Everything is to make oil business pals richer than ever removing subsidy and increasing fuel price.  We demand for minimum wage and they now want to increase the burdens through VAT and fuel price increase. We must not only reject these wicked policies, we must reject all those formulating, supporting and implementing them! 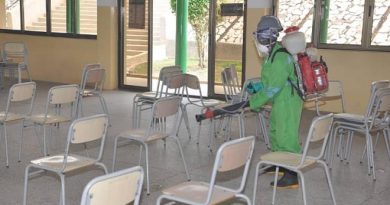